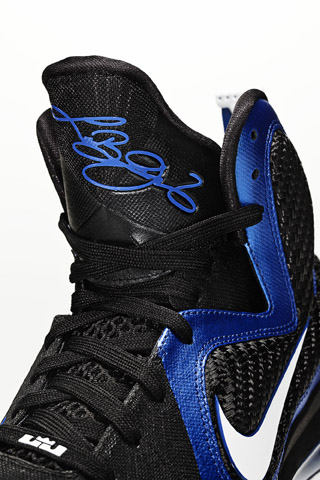 Saturday, three NCAA basketball teams will hit the court rocking the LeBron 9s, each with their own signature colorway. The Kentucky Wildcats, Miami Hurricanes and Ohio State Buckeyes will debut their school-inspired versions of The King’s new kicks this weekend, and wear the 9s throughout the ’11-12 basketball season.

Per a Nike press release: “The Wildcats will don a version in varsity royal/white/black. The Hurricanes will play in white/white/gorge green/total orange. And the Buckeyes will lace up a sport red/white/wolf grey edition.” The college edition Bron Brons will be available to customers via retail in staggered releases. More from our friends at Nike:

Kentucky’s colorway will be available at retail on October 15, a precursor to the primary black/red/white version of the LEBRON 9 that launches October 25. Ohio State’s version will follow in stores on November 15, with Miami’s on November 29.

Previously, a China-specific colorway hit retail in that region on October 1, and the limited edition “Cannon” debuted on October 8. Other LEBRON 9 colorways will launch at key moments throughout the year.

Light yet powerful, like its namesake, LeBron James — and designed in conjunction with his insight — the LEBRON 9 is the first shoe to integrate Flywire technology and Hyperfuse construction in the upper for superior support. The shoe also combines Max Air 180 and a Nike Zoom unit for comfort and responsiveness.