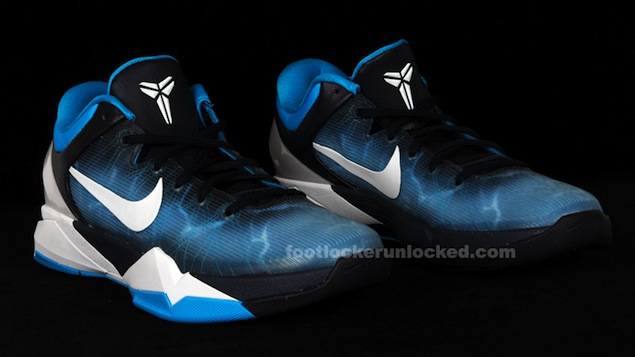 Tonight, Kobe Bryant is back at the Garden, as the Lakers take on the Knicks in primetime on national TV. And, in anticipation of Tuesday’s release of the “Great White Shark” edition of his Nike Zoom Kobe VII, aka the #KobeSystem, Bryant is scheduled to make an appearance at Foot Locker in Herald Square (120 West 34th St.) in New York City. By now you know the Kobe VII, designed in multiple colorways inspired by various members of the animal kingdom. The Predator Pack includes the wolf, shark, cheetah (released on Christmas), and snake. The Shark features an oceanic color scheme and wavy pattern—retail price $170.

Wristbands for the event will be handed out to fans starting at 8 p.m. and Kobe will head to Foot Locker—win or lose—after L.A. and New York do battle at Madison Square Garden. The first 12 customers in line to buy the Kobe VII Shark will get the opportunity to have him autograph the sneakers. The event is part of Foot Locker’s #HottestMonthEver, a series of big-name sneaker releases happening in February. Per FL, there will then be a Q & A session with the “Black Mamba” in the store, doors for the event open at midnight, and space and supply are limited.