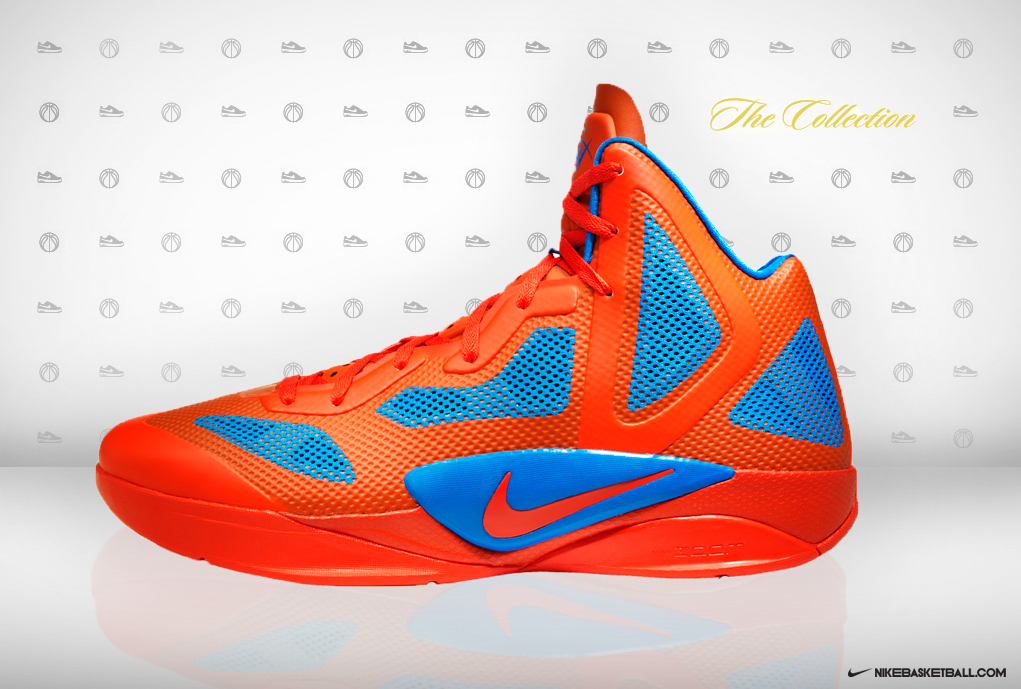 
There’s something about point guards and Nike’s Hyperfuse that works well together. Last year, it was Rajon Rondo introducing us to the Hyperfuse 2010 in the Playoffs. This year it’s Russell Westbrook in OKC who has adopted the Swoosh’s 2011 version of the shoe.

Nikebasketball.com released pics yesterday of a new PE colorway that Russ could debut in Game 3 on Saturday, when the Thunder go on the road to Memphis.

The Hyperfuse 2011 will be available this fall, according to CounterKicks.