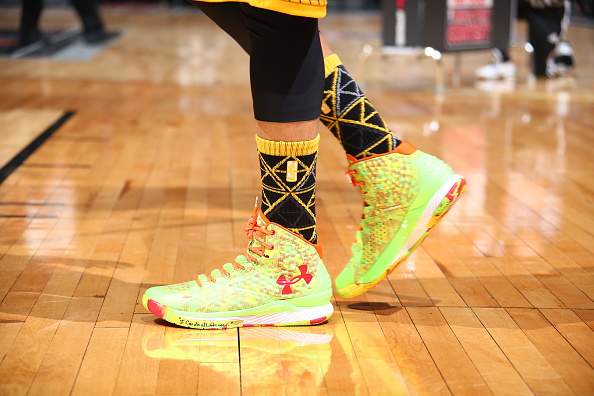 What more is there to say about how good Steph Curry has been this year? He’s putting up video game numbers, running circles around defenders, and basically established himself as a Pete Maravich-Reggie Miller hybrid while leading the Warriors into the Playoffs as the top seed in the Western Conference. He’s the early favorite in the MVP race, he started the All-Star Game, he’s in a bunch of commercials, and he just got a new signature line with Under Armour. The only thing missing is the Larry O’Brien Trophy.

Low key, Steph has a pretty great collection of kicks he has worn throughout the years. He ditched Nike for Under Armour before last season and just came out with the UA Curry One this year. Today, on Steph’s 27th birthday, we take a look back at some of the best shoes that he’s rocked throughout his career. Happy born day, Stephen!