Kicksology: The Most Important Sneakers of Kobe Bryant’s Career 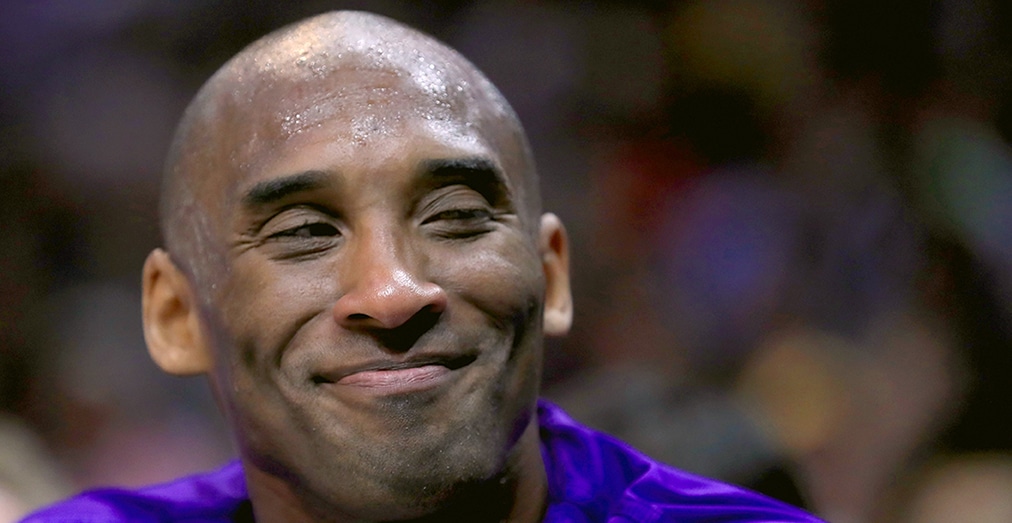 MVP. Champion. Hall of Famer. Sneaker icon. Kobe Bryant retired as one of the most influential forces in the history of basketball sneakers. We picked out the most important pairs of kicks he laced up in each of his 20 NBA seasons.

adidas threw big money at Kobe before he ever played an NBA game, even before he grew out his hair, and it paid off instantly. He became the youngest player to ever win the Dunk Contest with a pair of purple PEs on his feet.

Kobe’s first-ever signature was an instant classic. And when he laced ’em up in the ’98 All-Star Game—his first and Michael Jordan’s last as a Chicago Bull—it was as the youngest All-Star in history. Today, the Crazy 8 is still a favorite on the NBA hardwood.

Kobe’s first season as a starter was shorter than usual thanks to a lockout, but it signaled his breakout year. His second sig with adidas had the same proprietary “Feet You Wear” tech as its previous incarnation, only with a more wavy design.

The KB8 III aka EQT Responsive came and went to little fanfare before adidas struck lightning with the KOBE’s futuristic, Audi-inspired silhouette. The Lakers steamrolled the Pacers in the NBA Finals, and Kobe’s star was reaching new heights with a slick new shoe.

If it ain’t broke, don’t fix it. Kobe and the Three Stripes decided to let the original KOBE design ride for another year. With it came another Lakers’ Championship, and the unforgettable yellow “Sunshine” colorway Bryant rocked during the All-Star Game in DC.

The evolution to the KOBE TWO was logical but jarring. The moon-boot look was maybe just one step too crazy, and it would be the last Kobe shoe built by adidas. But damn if that #veryrare American flag colorway wasn’t absolute, Shaq-approved fire.

After his adidas deal expired, Kobe’s one season as a sneaker free agent included everything from Air Force 1s to Reebok Questions to Converse Weapons. Late in the year, he hung 55 on MJ and the Wizards, while paying tribute in a pair of purple and gold Jordan VIIIs.

Kobe officially inked with Nike, and even before the sneaker-heads at the Swoosh could get his signature line started, he grew to love the Huarache 2K4. Simple, lightweight and fly as hell, Kobe made the 2K4s one of the most popular shoes in the L.

The Lakers missed the Playoffs, but Kobe’s kick game didn’t disappoint. For the second straight season, Nike’s premier bball performance design didn’t have his name on it, but let’s be real: Kobe was the one making it hot.

Kobe’s first signature sneaker as a Nike athlete coincided with one of the greatest individual performances in history—the January night in Los Angeles when he exploded for an unconscionable 81 points against the Raptors. Bryant won his first scoring title in the ultra-durable, ultra-supportive Kobe 1.

In ’07, Kobe won his second All-Star Game MVP and became just the second player in NBA history to score 50+ points in four straight games (word to Wilt Chamberlain). His revamped Kobe II featured the addition of a velcro strap.

After a hiatus from the Kobe II, legendary designer Eric Avar returned to create the sleek, ultra-lightweight Kobe III. The Mamba won his lone NBA MVP award after a summer of swirling trade rumors, and the Lakers lost to the Celtics in the Finals.

Since the sport’s inception, high-top basketball shoes were the standard. Then the Kobe IV came along and changed the sneaker game forever, introducing a revolutionary low-top cut and all-new Flywire technology. The results? An NBA Finals trophy and one of the most beloved sneakers ever.

Fully committed to the low-cut look, Kobe wore the “Big Stage” V in the Playoffs, one of 33 colorways Nike would cook up for the Mamba. The Lakers won the title for a second straight season, and Kobe won the Finals MVP in back-to-back years.

Wrapped in a reptilian skin, the Kobe VI was somehow lower, lighter and even more responsive. The Kobe line continued to represent the best-fitting sneaker on the court, and the most sought-after in the game, in unique colorways like “Grinch,” “3D,” and “FC Barcelona.”

Celebrities like Aziz Ansari and Kanye West were featured in a memorable ad campaign for the #KobeSystem, the first Kobe signature sneaker with two removable inserts. Dubbed “Attack Fast” and “Attack Strong,” the VII offered both low and high ankle cuff options.

Inspired by the Chinese Year of the Snake, Nike designed the 8 to enhance Kobe’s quick first step. In April, before he went down with a devastating Achilles injury, he became the first player ever to put up 47 points, 8 rebounds, 5 assists, 4 blocks and 3 steals in an NBA game.

Kobe only played six games in 2013-14, returning in December from the Achilles only to go down again with a knee injury that would cost him the rest of the season. He wasn’t on the court to debut the Kobe 9, but he pulled out some heat from Nike’s “Prelude” pack.

An out-of-the-box departure from previous models, the Kobe 9 went super-high top but stayed lightweight thanks to the infusion of Flyknit, Flywire and Lunarlon all in one shoe. Once again Kobe was a year late to wear it on-court, and the Kobe X followed shortly with its namesake out for the season after rotator cuff surgery.

With the X already a staple around the League, the XI was the perfect shoe for Kobe’s farewell season. Elegant but strong, simple but innovative, street but sophisticated, Avar but so, so Kobe. Billed as the perfection of Nike Flyknit in a basketball shoe, it was his final on-court sneaker. Peace, Kobe.