Kyrie Irving Might Have Accidentally Unveiled the Nike Kyrie 4 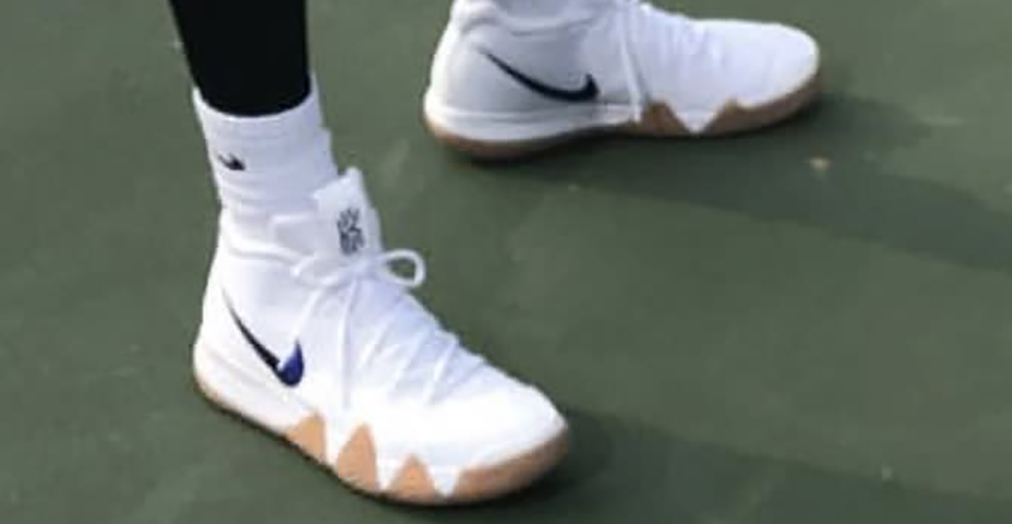 Reggie Miller’s Instagram account might have shown us the Nike Kyrie 4 ahead of schedule. Miller was with Kyrie Irving on set of the Uncle Drew movie in Atlanta and he snapped a photo of the new Celtics point guard, which he then shared on his IG story. 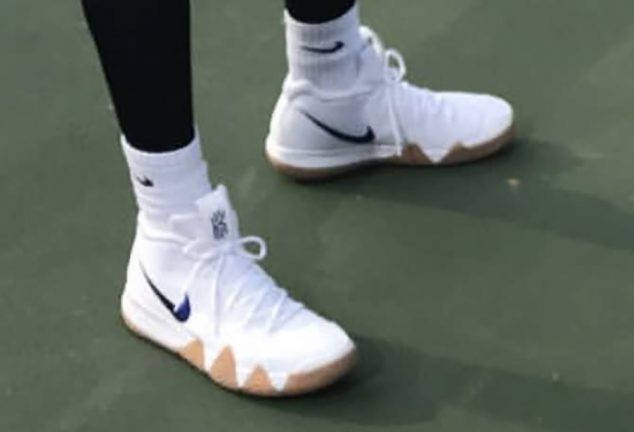 Irving was in a never-before-seen Nike silhouette that features his logo on the tongue. It also has a teeth-like design feature, similar to the design on the Nike Kyrie 1.

We reached out to Nike to see if they could confirm that this was the Kyrie 4, but they declined to comment. Keep it locked for more updates.