LeBron Breaks Out the LeBron 14 Low for the First Time 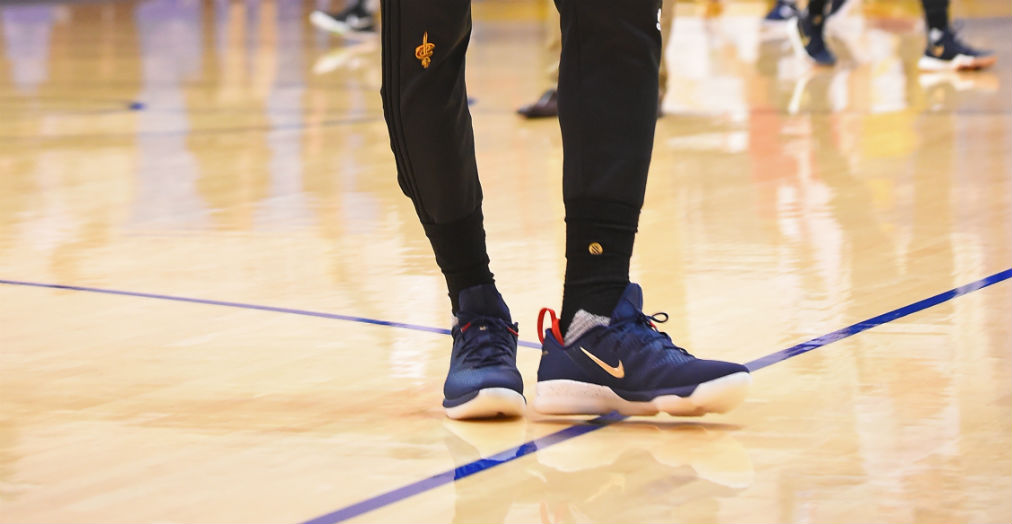 LeBron James is having one hell of a sneaker season. He had his 14th signature model come out, his first signature sneaker return, the 11th version of his Soldier line drop and now he’s got another silhouette on the way.

He debuted the Nike LeBron 14 Low during yesterday’s practice in the Bay, rocking two colorways. He was on the floor in a mostly navy joint (above) and then was seen in an ice-cold mint colorway afterwards.

There’s no word on a release date for the Low yet, but it shouldn’t be too long. Keep it locked for more updates.