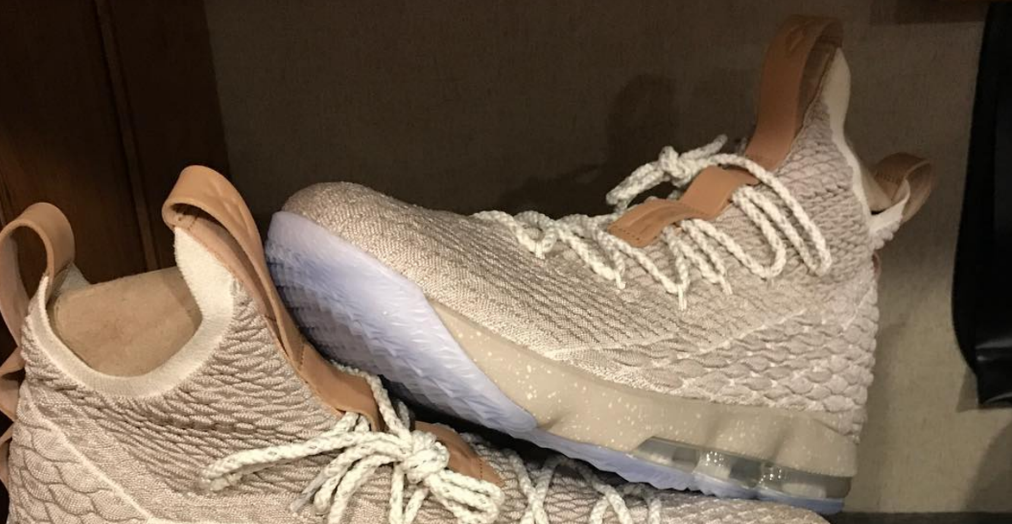 UPDATE: Nike has released more information and given us an official look at the 15: 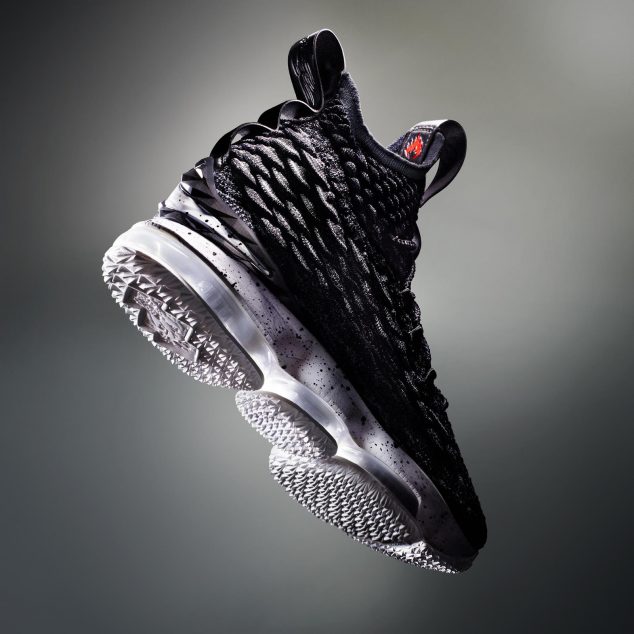 Featured last night for the first time, the LEBRON 15 is the most technically advanced shoe of LeBron James’ career. The shoe, designed by Jason Petrie, features evolved Flyknit construction and an advanced cushioning system — both articulated for the greatest player in the world.

“This is my favorite shoe to date,” says James. “The performance benefits and sophisticated look make this shoe a force on and off the court.”

Nike says they will release more information on the sneaker in the coming weeks.

Original Story: We had to wait until Christmas Day 2016 to see the Nike LeBron 14. But the King’s not wasting any time for his 15th signature sneaker.

With the 2017-18 regular season still about six weeks away, LeBron took to Instagram tonight to introduce the Nike LeBron 15.

The “Ghost” colorway has an icy blue outsole that seem to have done away with the pods that have been on Bron’s recent signatures. Though the specific technology hasn’t been announced yet, the LeBron 15 sits on top of a Zoom midsole with visible Air units, a constant for James’ previous kicks. The new joints also have leather stripes on both the heel and the tongue and a knit upper.

Keep it locked for much more on the Nike LeBron 15.