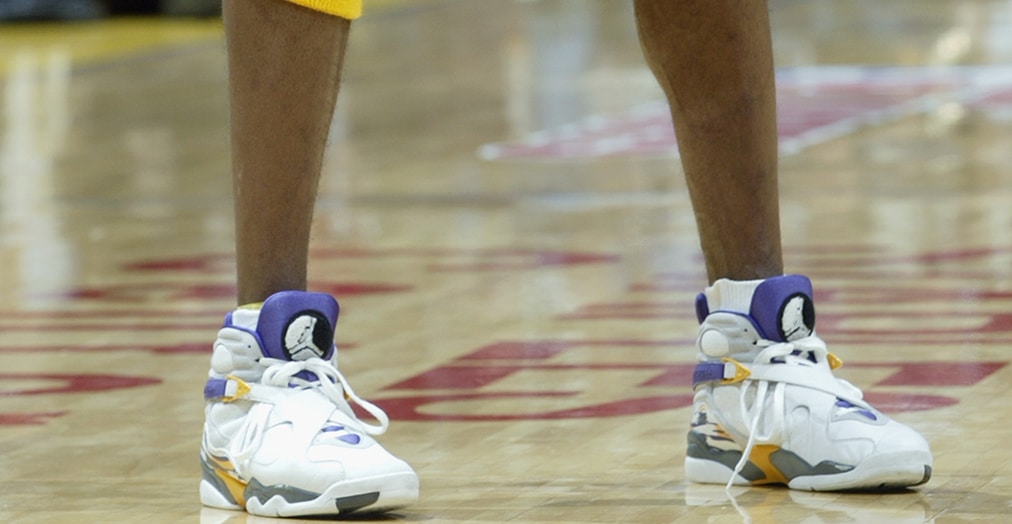 Before he officially signed with Nike in the summer of 2003, Kobe Bryant played in retro Jordans, Allen Iverson’s sneakers and even some Converse Weapons. He was fresh off of his adidas deal, a partnership that granted him a few signature sneakers. But after three straight championships, Kobe was hungry to dominate sneakers as well. He heavily stunted throughout the ’02-’03 campaign while averaging a steady 30 points, 7 rebounds, 6 assists and 2 steals per game.