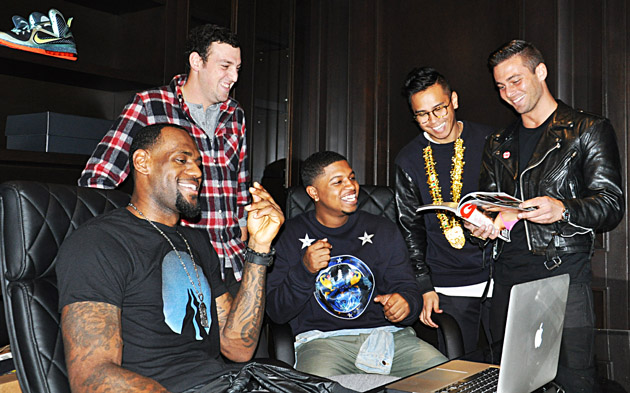 Love him or hate him, LeBron James has been an innovator on and off the court since he entered the public’s consciousness. Part of the reason for his polarizing appeal is his decision not to do anything the simple way. That same mode of thought translates into Bron’s entrance into the world of fashion via the Miami-area boutique, Unknwn.

Located in Aventura Mall, the non-traditional boutique carries several men’s and women’s fashion brands including Nike, Native, Vans Vault, Jeremy Scott and Common Projects along with accessories, books and periodicals molded with technology. The store itself and the brands it carries embody LeBron’s signature style while simultaneously placing the best of high and low end fashion in the same space.

The idea to put a next level space inside of a mall speaks to what LeBron and company feel the future of retail will be. “We realized that there are maybe five really cool streets in the entire country, but there is a cool mall in every state,” says Julian. “We aim to break the chains of your typical lifestyle retail space and sort of look at it as a modern education platform.”