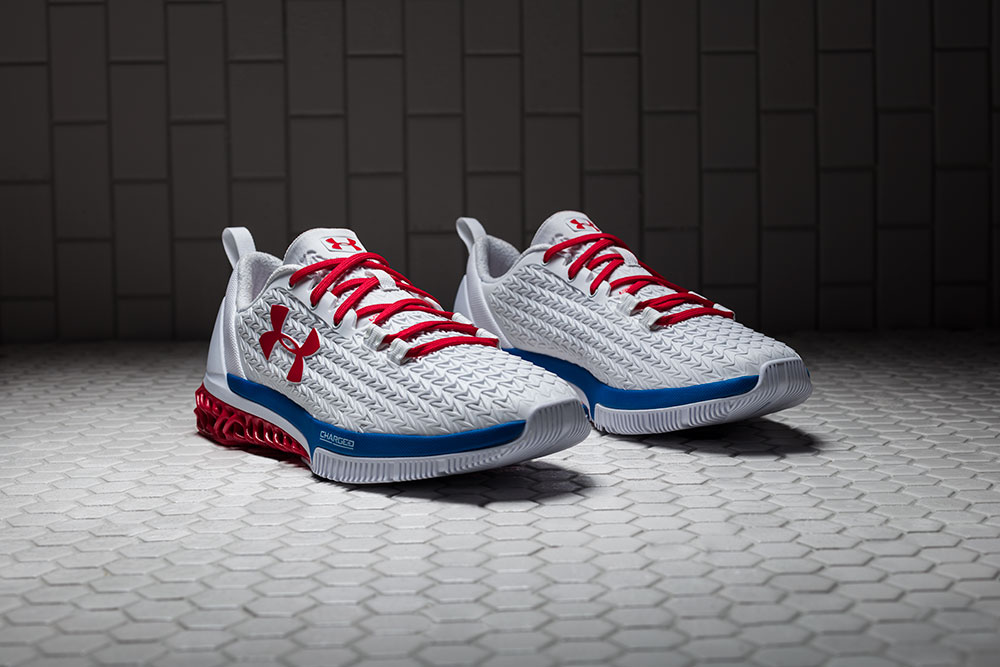 Michael Phelps, the American flag bearer for Rio, is the best Olympic swimmer of all time, both according to the medals and the eye test. Dude might seriously be part-fish.

When he’s on-land and training, though, Under Armour hooked Phelps up with a 3D printed shoe, the first ever available to consumers. Since Phelps is the best in the world, UA pulled out all the stops. Here’s more from the brand:

The UA Architech is a 360-degree performance training shoe that features a functional 3D printed midsole and 3D ClutchFit auxetic upper design that creates a “super-hybrid” trainer. The innovative 3D printed midsole of the UA Architech was combined with a flow-molded 3D ClutchFit auxetic upper to provide athletes with a shoe that not only gives a locked-in, supportive feel, but also flexes and moves with the foot to provide a zero distractions experience. Add in the Brand’s unparalleled Charged Cushioning underfoot for responsiveness and comfort, and a thin rubber outsole for traction and you have Under Armour’s most elite performance trainer.

All the technology is accented with the footprint and name of Phelps’ 3-year-old son, Boomer, on the insole, so that he can keep the kid close to his heart while he’s in Rio.

Under Armour also created a Slingshot colorway for Phelps, also complete with a little love for Boomer.

Check out pictures of both shoes up top and the video below that gives some insight into the 3D printing process. UA will be releasing its second Architech colorway at some point in August. Keep it locked for more info there.

Photos and video courtesy of Under Armour