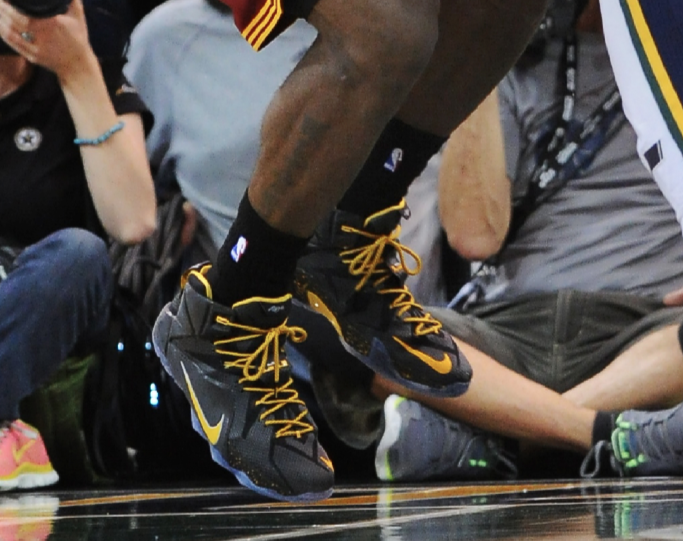 The Utah Jazz and Gordon Hayward, wearing the Nike Zoom Run the One, had the Cavs feeling blue with a long step-back jumper as time expired. In a battle of winless teams, Tobias Harris, rocking the Nike Zoom Soldier VIII, worked his magic as he 86’d the 76ers with a buzzer beater giving Orlando its first W. Golden State and Stephen Curry, donning the Under Armour Clutchfit Drive, look like true championship contenders with a dismantling of CP3 and the Clips. Derrick Rose rocked his signature adidas DRose 5 as he led the Bulls over highly-touted rookie Jabari Parker and the Milwaukee Bucks. And last but not least, Greg Monroe, sporting the Jordan Super.Fly 3, and the Detroit Pistons beat Carmelo Anthony’s New York Knicks for their first win of the season. Scroll through the gallery above for your daily fill of NBA Kicks of the Night.