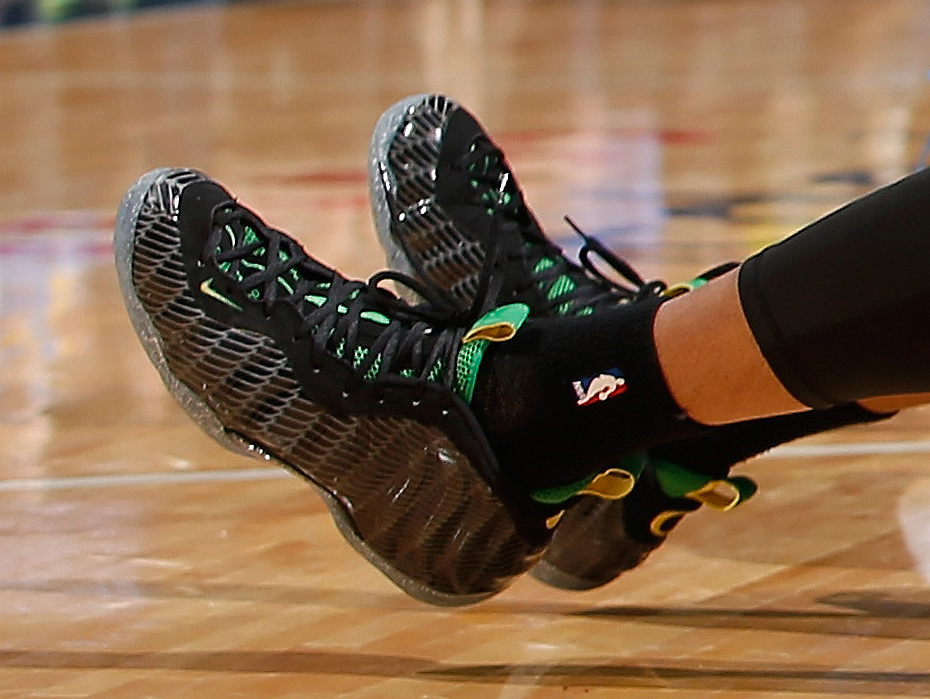 With a dozen games on the NBA schedule, basketball fans and sneakerheads alike were treated to a bevy of kicks on Wednesday. Kevin Garnett’s return to Minnesota was the headline for the evening as he took the court wearing his signature Anta KG Vs. Two players managed to steal a bit of Big Ticket’s shine as they rocked two highly coveted pairs, the ‘What The’ Nike LeBron 11 and the Nike Air Foamposite One ‘Oregon.’ Find out who wore these and more in the gallery above.