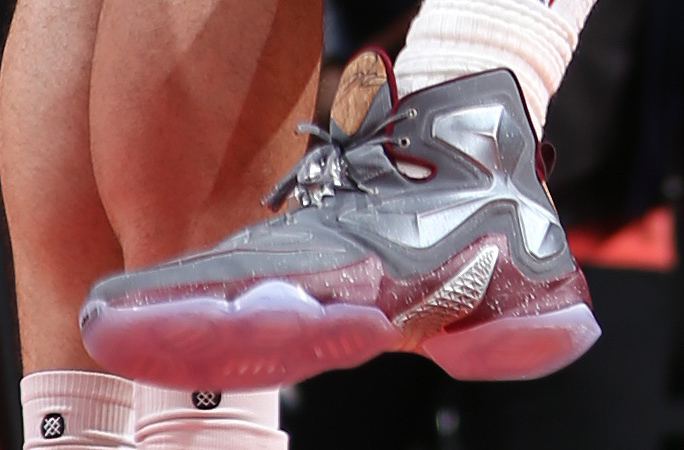 With the 2015-2016 NBA season officially tipping off last night, sneakerheads can all rejoice at the start of a whole new year of NBA Kicks of the Night. Leading off this season, LeBron James led his Cavs into Chicago wearing the “Opening Night” colorway of his new signature model, the Nike LeBron 13. Greeting him in Chitown was its masked superstar, Derrick Rose, who rocked his all-new adidas D Rose 6 in leading his team to a 97-95 win.

In Atlanta, Andre Drummond proved to be a dominant force while sporting the Air Jordan Dub Zero “Laser” as he captained his Pistons past the Hawks, 106-94. New Pistons forward Marcus Morris continued to rock some of the best kicks in the League as he started off the season in the Air Jordan XI Retro “Cool Grey.”

In the evening’s final game, the Golden State Warriors unveiled their championship banner and received their rings before lambasting the visiting Pelicans, 111-95. Steph Curry scorched New Orleans with a game-high 40 points, including 24 points in the first quarter while rocking his new sig, the Under Armour Curry Two.

In what will be the first of many this year, make sure to check out the rest of the night in NBA Kicks, above.