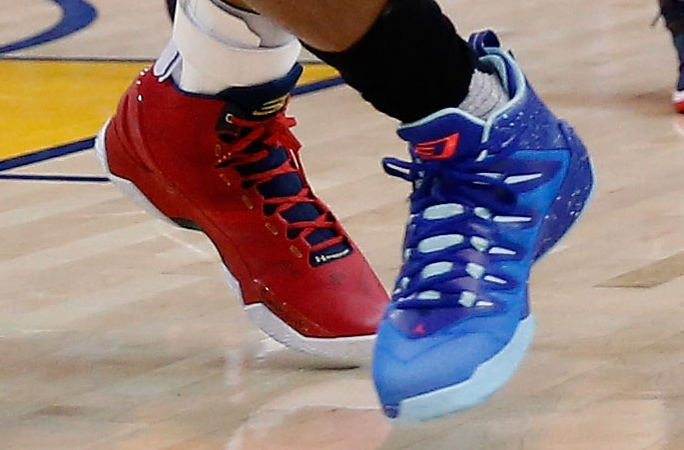 A plethora of the biggest names in the NBA were in action last night, led by marquee matchups pitting Melo against LeBron and Steph Curry versus CP3. In the former, Melo took to the court wearing a team colorway of his Jordan Melo M11 while King James broke out the commemorative NIKEiD “25K” LeBron 13. In Oakland, Stephen Curry delighted sneakerheads with the debut of the “Floor General” edition of his Under Armour Curry Two, while rival Chris Paul donned the “Soar” colorway of his Jordan CP3.IX.

Other notable kicks of the night included the Suns’ Eric Bledsoe sporting a pair of the Nike Zoom Kobe II Prelude “4/50+ Points” and the Nets’ Joe Johnson pulling a switcheroo as he rocked the Jordan Super.Fly 4 before changing into the Air Jordan XI Retro “Columbia.”

Make sure to keep your knowledge of NBA kicks on point with our latest recap, above.