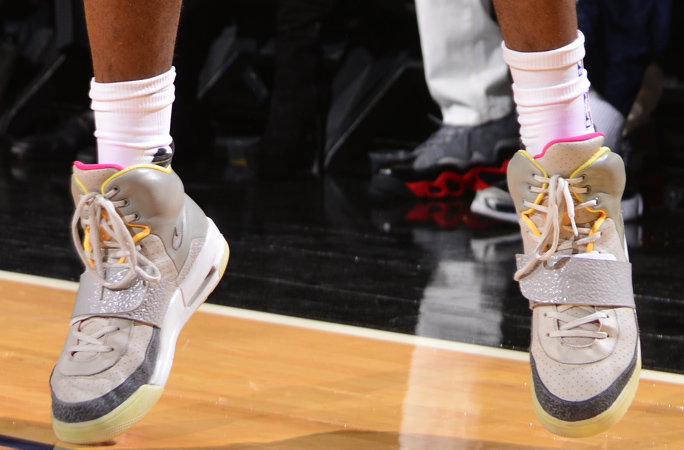 Monday night saw a handful of noteworthy kicks—starting with the Suns’ PJ Tucker, who once again took to the court in a pair of Yeezys, this time rocking the Nike Air Yeezy 1 “Zen Grey.” Not to be outdone, Lakers rookie D’Angelo Russell rocked one of the more sought-after Kobes as he wore the NikeLab Kobe X HTM in “White/Black.” Rounding out Monday’s kicks, Russell’s teammate, Jordan Clarkson, followed up last night’s “Columbia” XIs with a pair of “Lady Liberty” Air Jordan X Retros.

The rest of Monday night’s kicks is just a few clicks away.