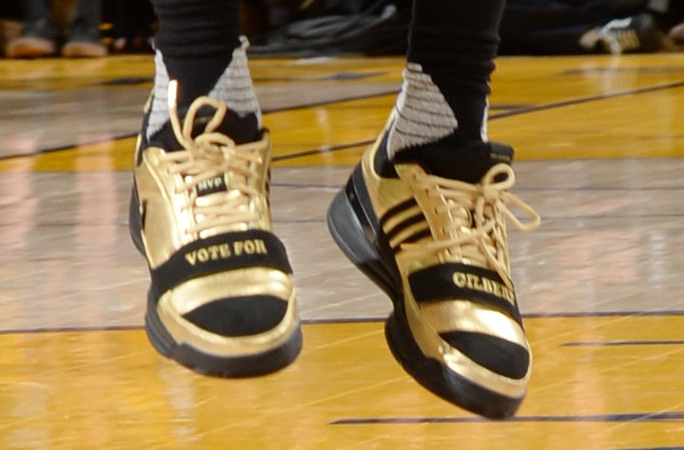 A few nights after tying the all-time record for best start in NBA history set by the ’95-96 Chicago Bulls, the Golden State Warriors broke the record Tuesday night with a victory over Los Angeles Lakers to up their mark to 16-0. Stephen Curry led the Warriors in a fresh colorway of his Under Armour Curry Two, while Kobe Bryant broke out a crisp pair of PE Nike Kobe X Elites in defeat.

And while the Warriors were breaking records, Nick Young broke some necks. Young—who has likely but not officially signed an endorsement deal with adidas—brought out a pair of the 2007 adidas TS Lightswitch/Gil II Zero “Vote for Gil” which he says he obtained directly from Gilbert Arenas. The pair was designed to help Arenas campaign for a spot in the 2008 NBA All-Star Game in New Orleans.

Make sure to scroll through the rest of the night in NBA kicks.