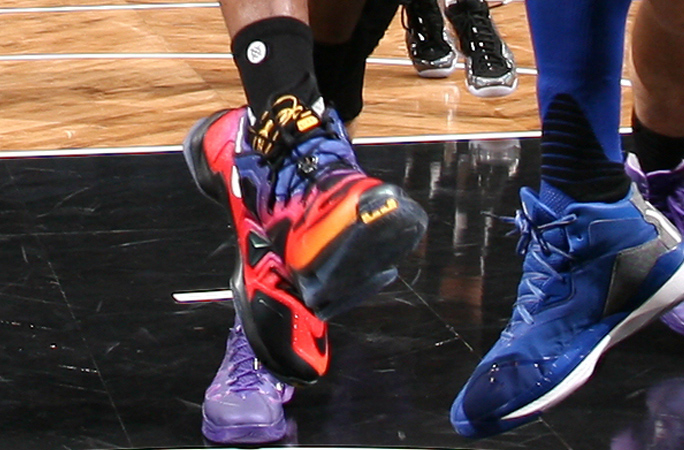 Kicking off a new month of NBA Kicks of the Night, PJ Tucker of the Phoenix Suns is making it pretty clear that he’s the frontrunner for the League’s No. 1 sneakerhead this season with another sizzling pair of kicks. For Tuesday’s game against the Brooklyn Nets, Tucker rocked the recently released Nike LeBron 13 Doernbecher while teammate Markieff Morris balled in the “Holoposite” Nike Air Foamposite One.

In Philadelphia, Kobe Bryant took the court for the final time in his hometown rocking another PE colorway of his Nike Kobe X Elite as the Sixers won their first game of the season led by the play of Robert Covington, who played in the Nike Zoom Soldier LeBron IX.

Make sure to get December started off right with the month’s first edition of NBA kicks just a few clicks away.