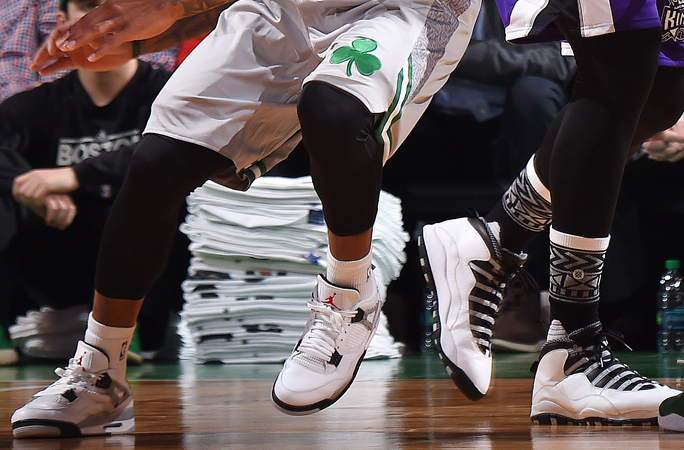 While the a majority of the sporting world was focused on Super Bowl 50, a couple of NBA games were played on Sunday. Amongst the most notable kicks to hit the hardwood, we lead off with the Celtics’ Isaiah Thomas who brought out two pairs of Air Jordans against the Sacramento Kings, both the upcoming Air Jordan IV Retro “White Cement” and the Air Jordan X Retro “Lady Liberty.” DeMarcus Cousins also rocked a pair of Jordans, as he balled in the Air Jordan X Retro “Steel.”

Also doing the two-step on Sunday was Dwyane Wade, as he took the court in two colorways of his signature model, the Li-Ning Way of Wade 4 in the Heat’s game against the Clippers while Chris Paul donned a colorway of his Jordan CP3.IX to match his team’s alternate road uniforms.

If you were immersed in football coverage yesterday and need a recap of the latest in NBA kicks, you’ve come to the right place.