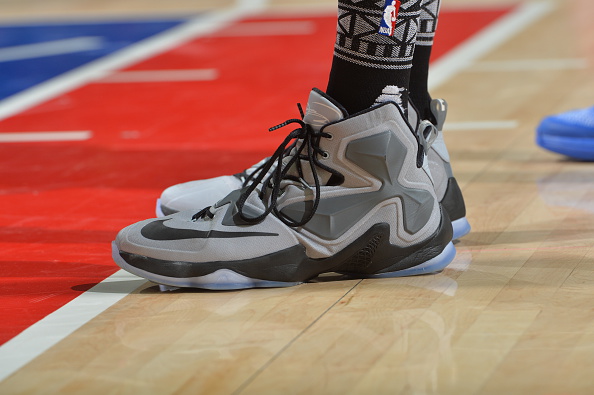 With 10 games on the NBA schedule Monday night, a good variety of kicks saw action on the hardwood. We’ve covered many of the models seen on court last night quite frequently over the past few days, including several “BHM” silhouettes. But a couple of players did rock some new jawns to keep things interesting.

Mike Scott of the Hawks’ brought out the recently released Air Jordan V Retro Low “Alternate,” Will Barton of the Nuggets rocked the “BHM” edition of the Under Armour ClutchFit Drive 2 Low, and Tony Snell of the Bulls wore the adidas Light Em Up 2 “733.” In Detroit, Andre Drummond laced up some Js as he balled in the Air Jordan XIV Retro “Wolf Grey” while teammate Marcus Morris played in the “Jet Fighter” Nike Air Foamposite Pro. Last but not least, Kemba Walker of the Hornets honored Chinese New Year in the new Jordan Super.Fly 4 “CNY.”

With all of last night’s NBA action, you’ll want to peep our kicks recap.