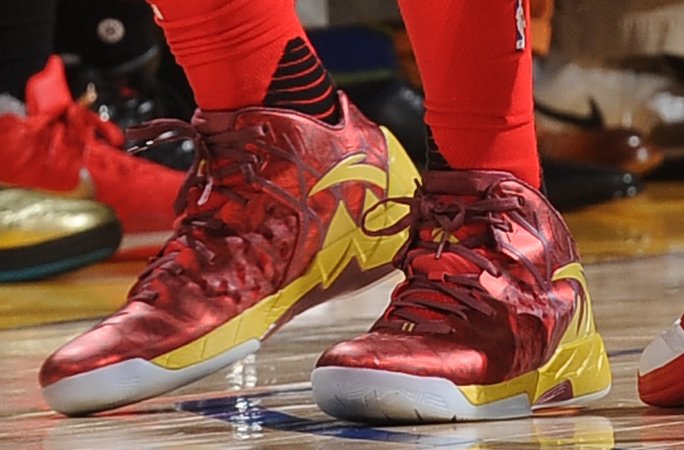 Tuesday night’s NBA kicks featured a couple new of fresh models that we haven’t yet seen in our nightly recaps.

Leading off, we venture out West, where the Rockets faced the Warriors in a game celebrating Chinese New Year. Klay Thompson wore a special pair of his Anta KT 1 while Stephen Curry added wore a black and yellow pair of Under Armour Curry Twos dressed with red laces that tied back to the Warriors’ CNY uniforms perfectly. In the same game, Josh Smith of the Rockets brought out an eye-popping pair of gold Brandblack Vector Forces.

Make sure to peep the rest of the night in NBA kicks in our latest gallery.