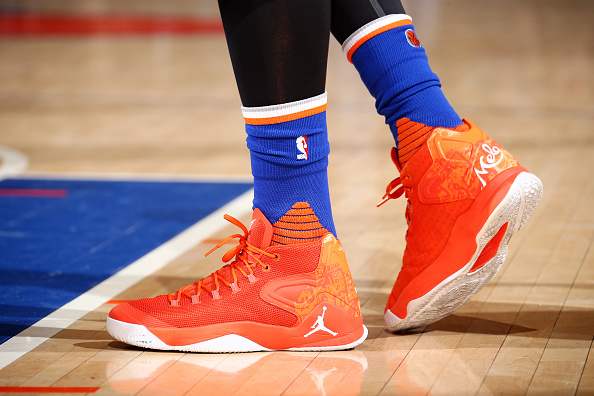 Recapping another Sunday night of NBA kicks, we lead off with the Knicks’ Kristaps Porzingis who, after wearing the Nike Kobe X Elite “Rose Gold” with a custom blue-colored Swoosh all season, was finally given his very own “Knicks” colored PE of the Xs, which he debuted against the Heat. Speaking of debuts, Joe Johnson made his first appearance for the Heat and rocked an all-red pair of the Jordan CP3.IX.

The rest of last night’s NBA sneaker standouts are in the gallery above.