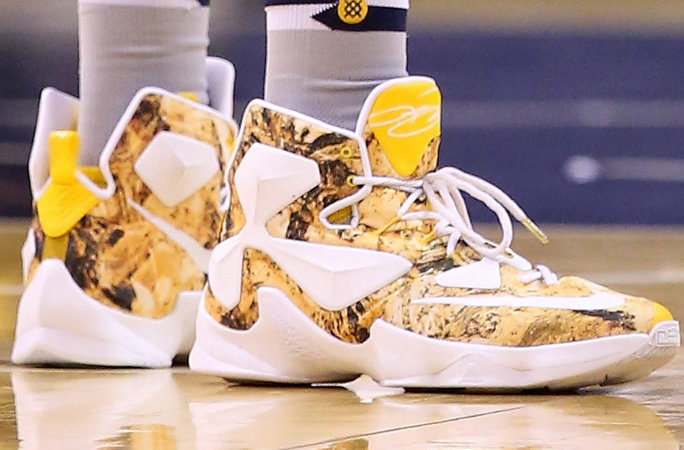 Wearing his ‘Home PE’ colorway of the adidas Crazylight Boost 2.5, James Harden hit a clutch jumper that would ultimately prove to be the difference as the Rockets kept their playoff hopes alive, 97-96. Dwight Howard dropped a double-double in his Peak DH5 while Warriors’ efforts were led by Marreese Speights who scored 22 points in the Nike Zoom HyperRev 2016.

In Indiana, the Raptors won for the second time in a row as they downed the Pacers, 101-85. Kyle Lowry wore his familiar adidas Crazylight Boost 2.5 while DeMar DeRozan went with a red-based Nike Kobe XI Elite Low. In defeat, Paul George continued to rock the Nike HyperLive while Ian Mahinmi might’ve worn the wildest pair of the night, a NikeiD LeBron 13 which appears to feature the ‘Mineral’ print.