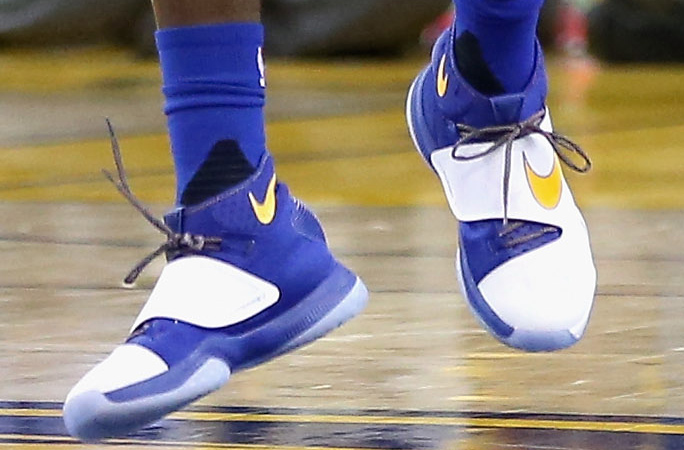 James Harden can pack up his adidas Crazylight Boost 2.5s as the Rockets season officially came to an end at the hands of the Warriors in Oakland last night, 114-81. Klay Thompson led the Golden State charge in his Anta KT 1 as he scored 27 points while Draymond Green, in his Nike Zoom HyperRev 2016, posted a near triple-double finishing the night with 15 points, 9 rebounds, and 8 assists.

Down in South Beach, Courtney Lee, wearing the Jordan Jumpman Team II, dropped a clutch 3-pointer as the Hornets nipped the Heat 90-88. In the loss, Dwyane Wade scored 25 points and wore his signature Li-Ning Way of Wade 4 in a “Black/Yellow” colorway.

In the evening’s final game, the Clippers could not overcome the absence of their stars Chris Paul and Blake Griffin as they dropped Game Five at home 108-98 to the Blazers. The dynamic duo of Damian Lillard—wearing the ‘Stay Ready’ adidas D Lillard 2—and Damian Lillard—wearing a NikeiD Kyrie 2—combined for 49 points as Portland moved one step closer to advancing to the Western Conference Semifinals.