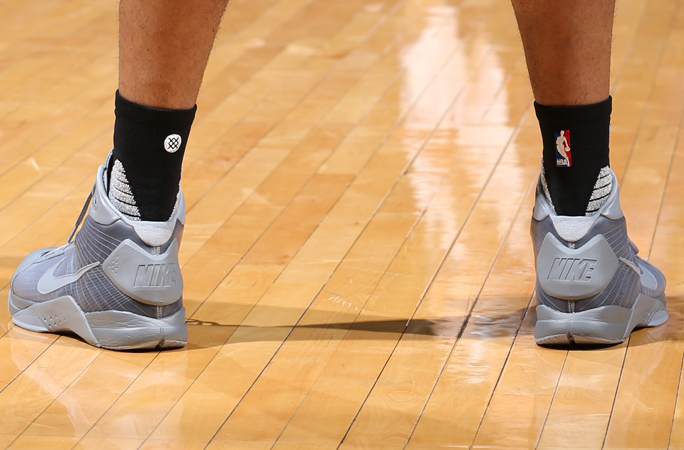 PJ Tucker might not put gaudy numbers on the court, but the amount of sneaker heat he brings on a daily basis is almost second to none. As he’s done many times in the past, Tucker once again brought out a model from the exclusive Nike Kobe ‘FTB’ collection, this time rocking the Hyperdunk 2008 model.

Despite dropping 46 points in the Air Jordan XXXI PE, Russell Westbrook’s efforts came just a bit short as the Hawks nipped the Thunder 110-108. Dennis Schroder had a big game as he scored 31 points in the Nike KD 9 for Atlanta while Paul Millsap put in another workman-like effort finishing the night with 30 and 11 in the Nike Hyperdunk 2016 Low.

Catch up on the rest of the night’s NBA kicks with our latest gallery.