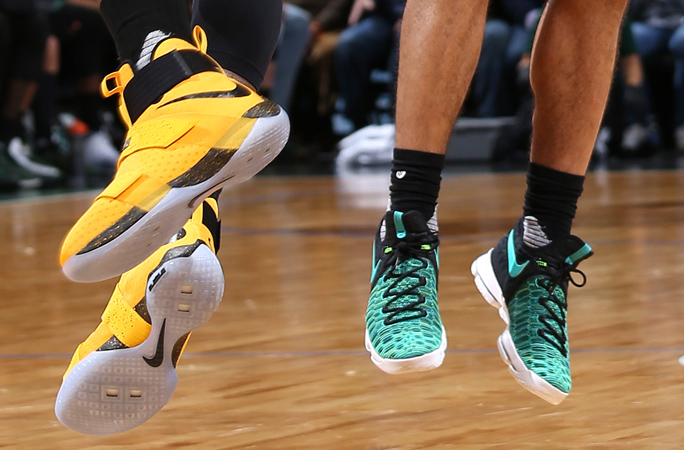 Malcolm Brogdon poster sales might be up 1000% this morning after posterizing both LeBron James and Kyrie Irving last night. Brogdon picked a great night to breakout a pair of flashy Nike KD 9s as the rookie got the best of the Cleveland stars on two highlight worthy dunks. However, King James—who was wearing a yellow/black pair of his Nike Zoom LeBron Soldier X—and company got the last laugh as the Cavs prevailed over the Bucks 114-108. In the same game, Iman Shumpert wore the “Closing Ceremoy” Air Jordan XI Retro Low which certainly got more than a few sneakerheads talking.

Out in Sacramento, DeMarcus Cousins wore the Nike Zoom Clear Out as he dropped a double-nickel on the Blazers in leading the Kings to a 126-121 victory. Damian Lillard wore his new adidas D Lillard 3 as finished the night with 24 points. In Boston, Mike Conley made his return to the Grizzlies in the Air Jordan XXXI, but it was Isaiah Thomas in the Nike Kobe A.D. coming up big as he scored 44 points to lead the Celtics to the victory.

We have almost 40 images of last night’s NBA sneaker action so make sure you check out our latest gallery.