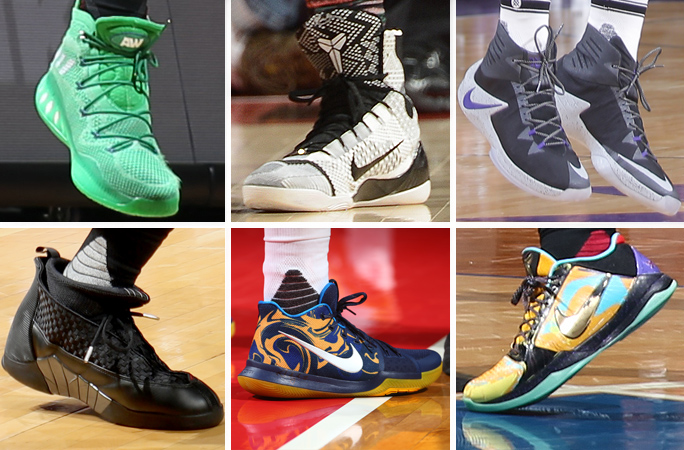 The talk of the night was LeBron James’ last-second-game-tying-fadeaway three-point bank-job that sent the Cavaliers and Wizards game into overtime. James—wearing his black/yellow Nike LeBron 14—caught a beautiful full-court pass from Kevin Love before hitting the improbable shot. In the extra session, the Cavs turned to Kyrie Irving—who wore an ill colorway of his Nike Kyrie 3—to thwart Washington’s efforts, as Cleveland won 140-135. In the loss, Bradley Beal dropped 41 points in the all-black Nike Zoom Rev 2017.

DeMar DeRozan returned from injury rocking the “BHM” Nike Kobe 9 Elite as the Raptors handled the Clippers, 118-109. Kyle Lowry took the floor once again in the new adidas Crazy Explosive Low while Blake Griffin played in his familiar Jordan Super.Fly 5.

Make sure to check out all these kicks and more in our latest NBA Kicks recap.