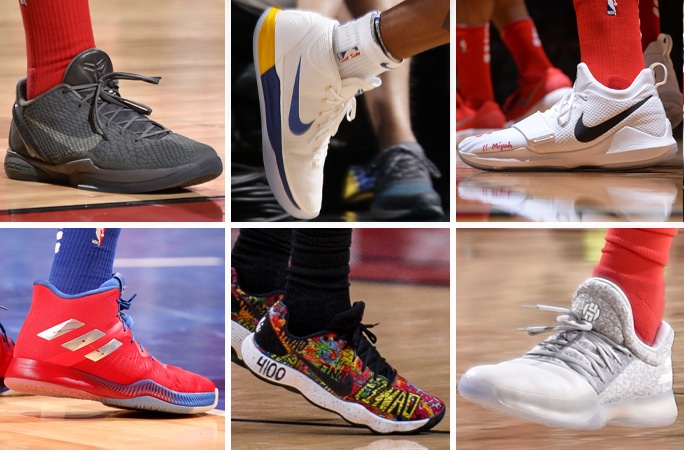 The night’s most colorful model belonged to the Hawks’ Malcolm Delaney who brought out the Nike Hyperdunk 2017 Chicago FINAO which was designed in homage for former Simeon player, Saieed Ivery. Other noteworthy kicks on the night were John Wall and Gary Harris’ Nike PG1s, James Harden’s adidas Harden Vol.1 “Gravy” and the “Rosso Corsa” Air Jordan XXXII seen on the feet of Otto Porter Jr.

Make sure to check out the rest of Monday night’s NBA kicks in our latest gallery above.