NBA Halloween Kicks of the Night 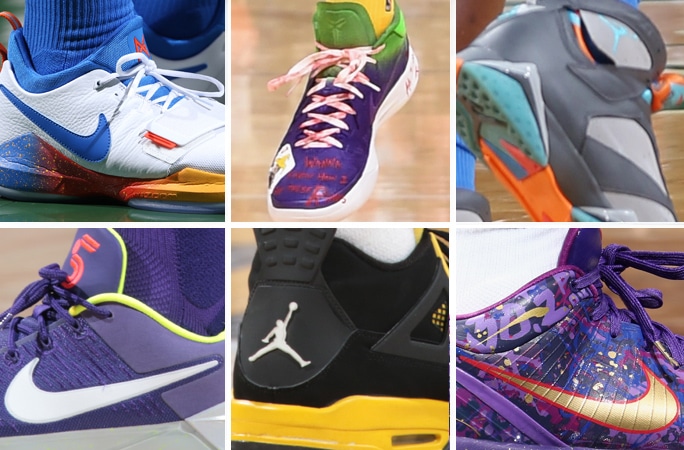 There was only a quartet of games on Halloween night in the NBA, but several players made sure to bring out some serious sneaker treats. Running with the Joker theme, Kyle Kuzma donned a pair of the Nike Kobe Mid A.D customized with graphics featuring Batman’s nemesis.

De’Aaron Fox used the Nike Kobe A.D., but in a more lowkey fashion as he rocked a Halloween PE model done in the Joker’s colors. And staying with the purple theme, Tyler Ulis once again brought out the Nike Zoom Kobe IV Prelude to earn SLAM’s Sneaker of the Night.

Make sure to peep all these kicks along with Paul George‘s incredible Nike PG1 in our Halloween NBA Kicks round-up.