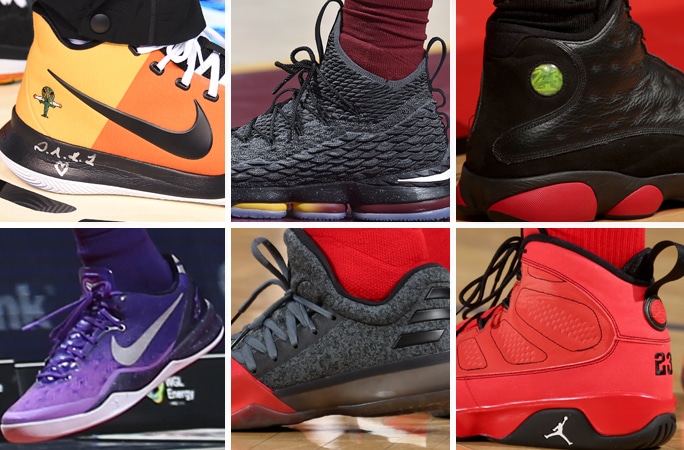 He’s already got one of the most popular models in the League, but Kyrie Irving straight smashed the sneaker game last night with his latest Nike Kyrie 3 PE. Irving paid homage to the classic Nike SB “Rayguns” series with a pair in the exact colorway complete with the alien icon on the heel.

Kyrie cooked up a colorway to pay tribute to the "Raygun" Nike SB. Yooo! pic.twitter.com/TdJcRMyxg9

Out in Cleveland, LeBron James took the court in two grey colored – but different – versions of his Nike LeBron 15.

P.J. Tucker continued to lay claim to the League’s sneaker crown as he donned the “Motorboat Jones” Air Jordan IX while Josh Richardson also went the retro route with the Air Jordan XIII. The night also saw three players go for 40+ points as both Khris Middleton and Bradley Beal wore the Nike Hyperdunk 2017 and T.J. Warren rocked the Nike KD X in a black/grey colorway.

If the rest of November is going to be like last night, then sneakerheads have a lot to look forward to. Peep the rest of our recap just ahead.