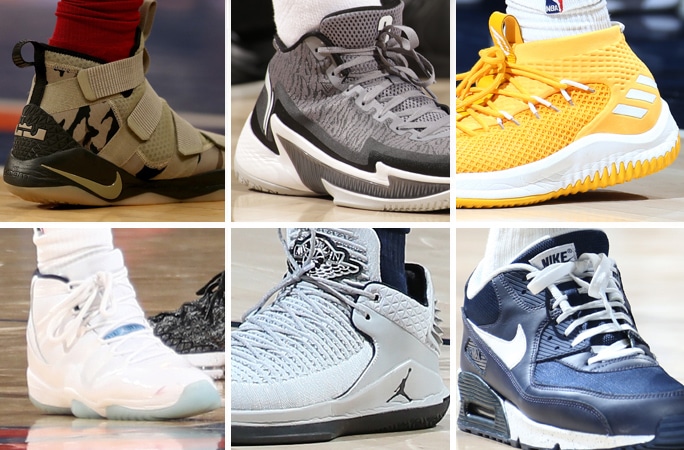 Donovan Mitchell of the Jazz continued his solid rookie campaign as he dropped 24 points in his yellow adidas Dame 4, while teammate Thabo Sefolosha continued his unbridled love affair with the Nike Air Max 90. Unfortunately for Utah, the team fell to the Timberwolves as Jimmy Butler rocked a crisp pair of grey Air Jordan XXXII PEs and Andrew Wiggins once again sported his grey adidas Crazy Explosive Primeknit 2017.

Taurean Prince has established himself as a hardcore adidas head as he brought out Gilbert Arenas’ old Three Stripes signature model, the TS Lightswitch, in the Hawks loss to the Pelicans. There was also a great look at CJ McCollum‘s latest on-court sneaker, the Yu Shuai Power 4 in our latest NBA kicks gallery.