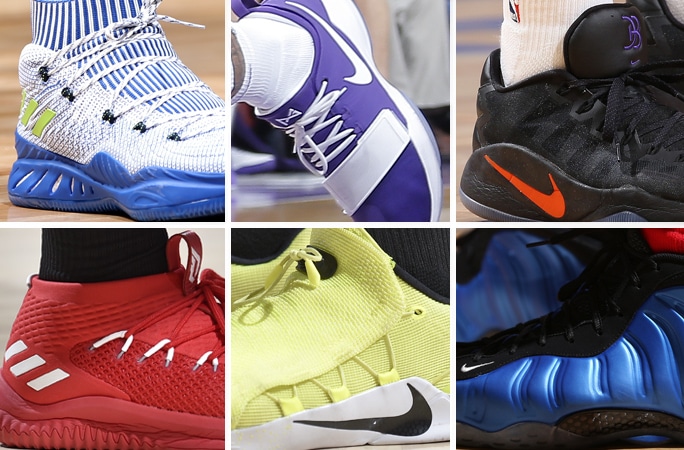 Quick, what sneakers was LeBron James wearing the first time he got ejected? The answer to that question was made known last night as James – who was wearing the Nike Zoom LeBron Soldier XI in black/white – was bounced from the game for arguing a no-call on a drive against Hassan Whiteside. He then made an Instagram post calling last night’s sneakers the “‘The Ejected Game’ Soldier 11 colorway.”

Devin Booker went for nearly 33 in the Suns’ win over the Bulls as he went with the his Nike Hyperdunk 2016 Low PE. Kris Dunn finished the night with a career-high 24 points while rocking the adidas Dame 4 in red/white. Speaking of the Dame 4, Donovan Mitchell continued to rock his yellow PE as the Jazz handled the Nuggets.