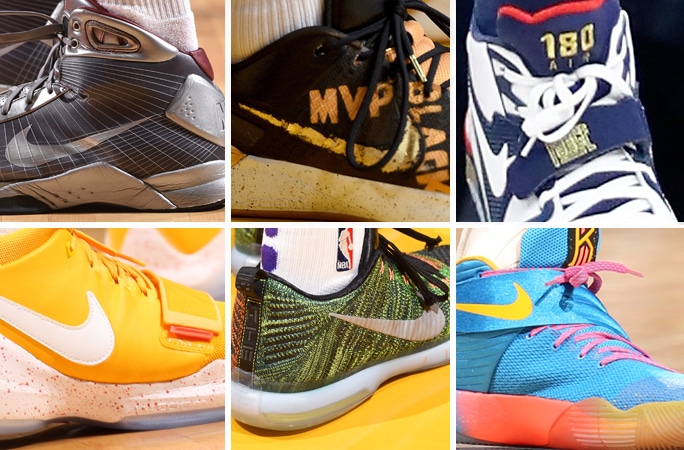 On the night the Los Angeles Lakers retired Kobe Bryant’s numbers, several players around the League paid homage to the all-time great.

While Kobes were definitely the story of the night, other players still managed to shine with their sneaker choices. Andre Roberson came with an insanely colorful pair of the Nike Kyrie 2, Paul George brought out his sick yellow Nike PG1s, Malcolm Delaney rocked the “Volt” PG1s,  Lance Stephenson went old school with a pair of the Nike Air Max 180 “Olympic” and Montrezl Harrell got a wear out of the Air Jordan XX Retro “Playoffs.”

Closing out, in a low key debut, Brandon Ingram and Nick Young both wore a new upcoming adidas silhouette, the Crazy BYW.

With close to 50 images of last night’s kicks, you won’t want to miss out on this latest gallery.