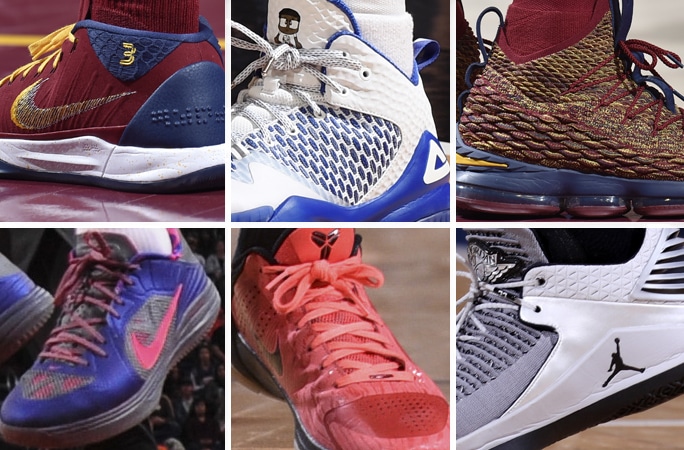 Isaiah Thomas made his long awaited debut for the Cleveland Cavaliers in the team’s 127-110 victory over the Portland Trailblazers. Thomas played 19 minutes and finished with 17 points while rocking the Nike Kobe A.D. Mid in the team’s wine and navy colors. LeBron James also rocked a Cavs’ flavored Nike LeBron 15, which was also seen on the feet of Kings’ rookie De’Aaron Fox.

Fans in Phoenix were treated to some older models as TJ Warren dropped 31 in the 2012 Nike Lunar Hypergamer Low, while Devin Booker scored 34 in a Nike Hyperdunk 2016 Low PE as the Suns managed to hold on against the Hawks. For Atlanta, Malcolm Delaney turned some heads as he brought out the Nike Zoom Kobe 5 “All-Star” which released back in 2010.

Make sure to check out all the old-school flavor above along with current models in our latest NBA kicks recap.