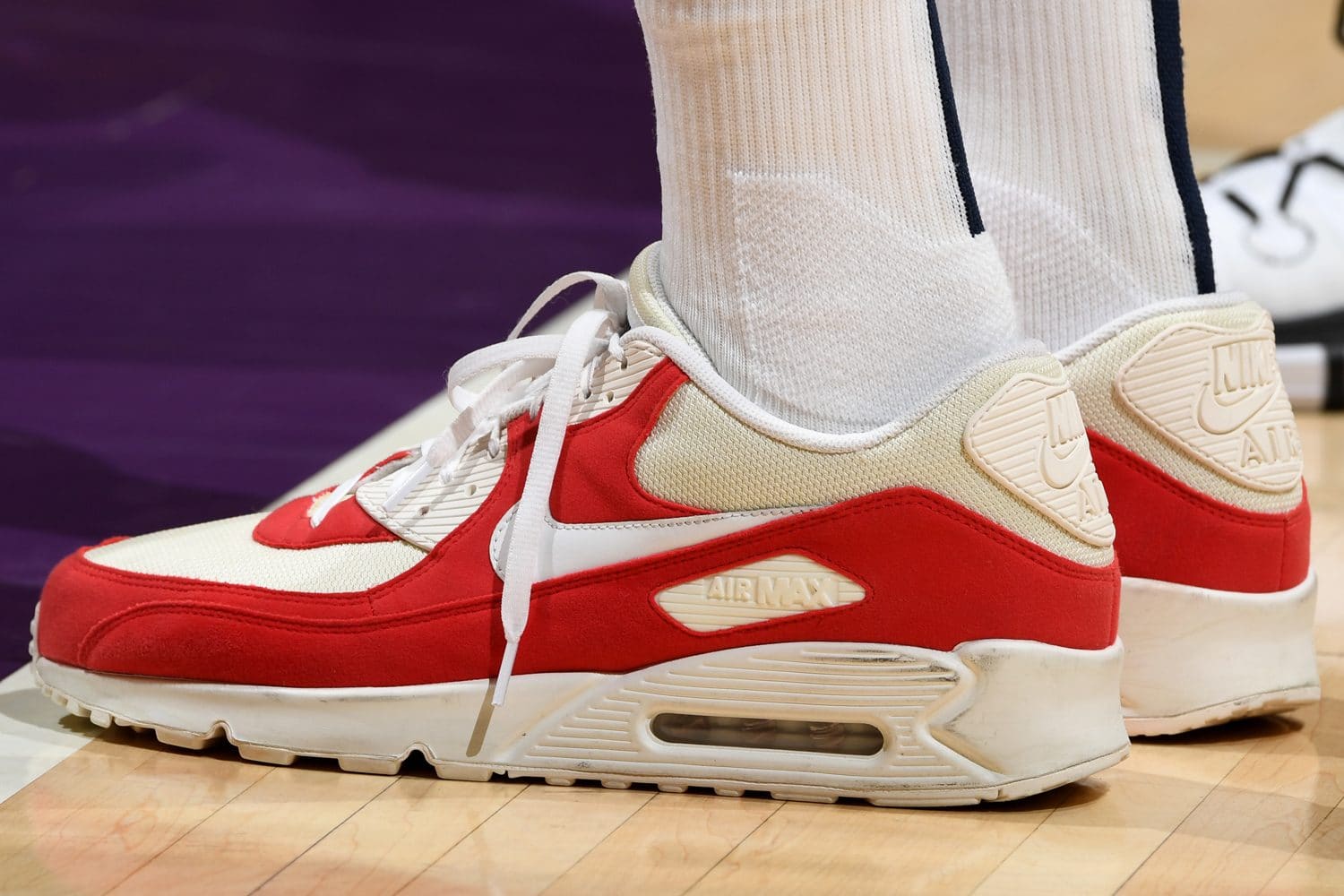 The NBA regular season is winding to a close and players are making sure to finish off the year strong with some serious sneaker heat.

We start in Minnesota where the Timberwolves all wore Kickstradomis designed custom kicks for Breast Cancer Awareness. All the sneakers worn on Sunday night were auctioned off via the team’s Fastbreak Foundation with proceeds going to the Mayo Clinic Cancer Center. The event was especially meaningful for Tyus Jones whose mother, Debbie, was diagnosed with breast cancer earlier this year. Jones’ custom Nike Kyrie 5 was the highest selling sneaker of the night raising $1,550 for cancer research.

The custom trend continued in Indiana with Spencer Dinwiddie paying tribute to Nipsey Hussle with a pair of K8IROS Kronos adorned with a portrait of the late rapper and the words, “Legends Never Die.” In Detroit, Frank Kaminsky made his fandom for Game of Thrones be known with a custom pair of Jordan CP3.XIs designed with portraits of the Night King on one shoe and Jon Snow and Daenerys Targaryen on the other. For the Pistons, Langston Galloway wore his Q4 Sports Specialist customs which honored Detroit’s 2004 championship team.

Wrestlemania 35 was held on Sunday night and Russell Westbrook made sure to let fans know who one of his favorite wrestlers was via his latest Jordan Why Not Zer0.2. Decked out in a tough black and red colorway with red stitch details on the toe box, the Brodie paid tribute to “The Devil’s Favorite Demon” himself, Kane.

While Russ was on his wrestling wave, LeBron James took in the Lakers’ dub over the Jazz in a pair of the Nike LeBron 16 “Remix” which seemed to have instantly sold out on Nike. Last, but certainly not least, Kyrie Irving was once again in his latest Kyrie 5 colorway, the “Mamba Day” which is slated to release on Saturday, April 13, at select Nike retailers.

We have over 50 of the night’s best NBA kicks so get comfy and make sure you rifle through our latest recap.