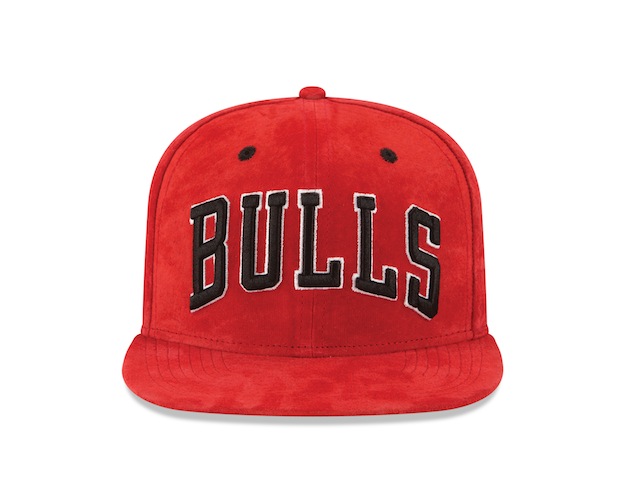 All-Star Weekend always brings out the best—not only from the NBA’s superstars but also the best brands in the business. New Era has partnered with industry insiders Emory Vegas Jones and Kelton Crenshaw (close associates of Jay-Z and LeBron James) to launch an exclusive collection of NBA hats. You can only cop the limited edition NBA Bulls Suede caps at Roc N’ Sole in Brooklyn starting Saturday. Check out the photos in the gallery above and read more, straight from our friends at New Era, below:

New Era Cap, the leading global headwear brand, has partnered with Emory Vegas Jones of Roc Apparel Group and industry insider Kelton Crenshaw to release a variety of custom, never-before-seen caps that will be unveiled during NBA All-Star Weekend. Retail versions, which differ slightly in design and material, will hit retail stores later this year.

Having first partnered on the wildly successful footwear project, “The Brooklyn Zoo” for Jay Z back in 2012, Emory and Kelton began cultivating the New Era relationship in 2014. Both industry heavyweights helped release some of New Era’s most successful caps – the OTR Tour, Roc Nation’s Paper Plane cap and even a custom Cleveland Cavaliers cap for LeBron James in which he wore during the CFB National Championship.

“Given our strong relationship and mutual synergy, we knew there wasn’t anyone better to oversee this initiative. With New Era having been founded in the state of New York and the fact that NBA All-Star Weekend is being held in NYC this year, Emory and Kelton were the obvious choices for this collaboration as they have deep local connections and are rooted in the iconic NYC culture,” said EJ Flammer, Senior Marketing Manager, Basketball of New Era Cap.

The new designs, dubbed as “NBA Suede Pack” will be unveiled during NBA All-Star Weekend and will feature five NBA teams, Brooklyn Nets, Cleveland Cavaliers, Chicago Bulls, New York Knicks and Oklahoma City Thunder, with two different styles per team. The caps for Chicago Bulls, NY Knicks and Oklahoma City Thunder will each feature one in full color and another in black suede with full color logo and engraved gunmetal buckles. The Cavaliers cap will feature the same styles except the colored version will feature a gold buckle instead. Both caps for the Nets are black with one style featuring a grey under visor. All caps have “NYC ‘15” stitched on the side panel strap and strap backs will be made out of leather.

“To us, New York represents a classic environment and therefore using a corresponding material like suede made it an easy process. I figured we could do it in a way where we could do something really cool at the right price point that would also resonate with all fans, both celebrities and consumers,” said Emory Jones.

The second wave of products will be released widely for the mass consumer later this year. The caps will feature take down versions of the original designs and sold at a lower price.

“We wanted to bring our NBA All-Star designs to a broader consumer and make it a little more accessible. We actively believe that everyone deserves to be able to express themselves, no matter the price point,” said Kelton Crenshaw