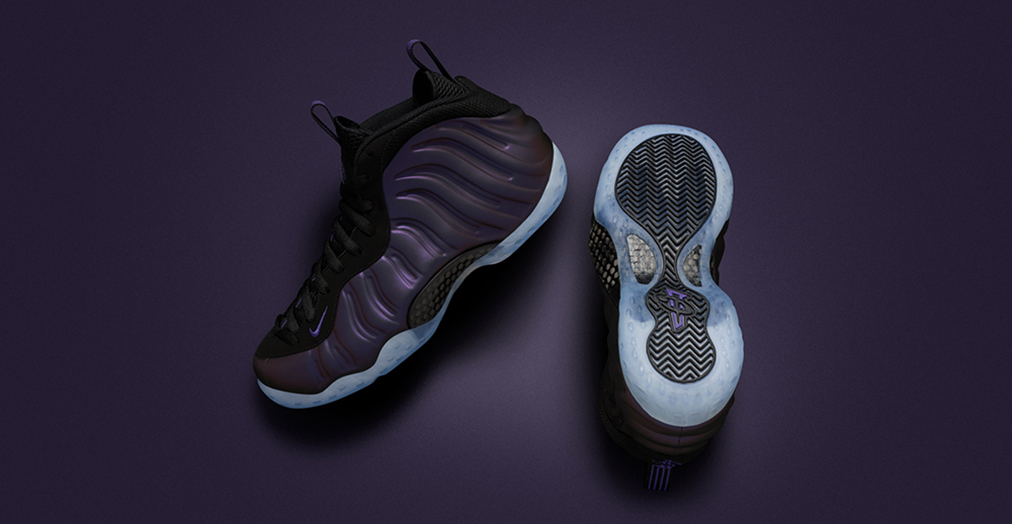 In honor of its 20th birthday, Nike is re-releasing the Air Foamposite One’s legendary ‘Eggplant’ color way. The Eggplant Foams, which first dropped in 2009 but haven’t been released since 2010, instantly became a wildly popular look, on and off the court. Highlighted by the shimmering eggplant-purple shade, these Foams feature a translucent outer sole and the original 1Cent Penny Hardaway branding.

The Air Foamposite One Eggplant is available Saturday, July 29th.