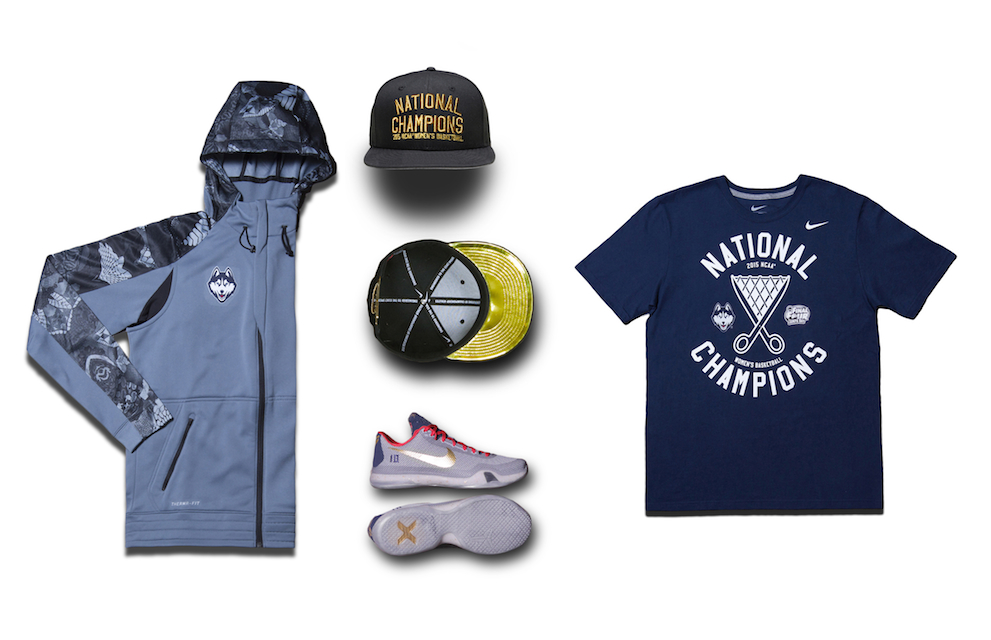 The Connecticut Huskies won their 10th Women’s National Championship on Tuesday night, defeating Notre Dame in the title game. Coach Geno Auriemma is now the only other college coach besides UCLA’s John Wooden to get to 10 rings. Add that to his 16 Final Fours and five undefeated seasons since 1985, and that’s a tradition unlike any other in the sport.

Nike honors the UConn Women with champinoship gear, including official “TRADIT10N” t-shirts and a Nike iD version of the KOBE X in navy, red and gray with a metallic gold Swoosh and speckle detail and a custom Kobe Emerge Hyper Elite hoodie that the team will wear during today’s victory parade. Scroll through the photos above to check out the champs swag.

Congrats to the Huskies!