The curious guests came from the West Coast, the East Coast, even London and Beijing—all in the name of Nike technology.

We checked into the hotel, slept and ate a rooftop lunch on a picturesque summer day in Los Angeles before getting into black-on-black SUVs with no explanation other than, “Just get in,” as if the events to come were part of a top-secret spy mission.

It’s hard to keep a secret on the steps of the Staples Center, though. So when the Escalades dropped us off in front of Magic Johnson’s statuesque likeness, there wasn’t much holding back. Inside a small entrance to the side of Staples was a vault dedicated to the newest in Nike innovation—namely, bringing Nike+ to basketball.

That would be enough for most, but not Nike.

No, Nike engineered the Hyperdunk+ 2012, which is equipped with said futuristic technology, to the exact specifications of the greatest basketball players in the world. The proof? Finals MVP LeBron James, who has nine signature sneakers (and let’s be real, the entire Nike closet) to choose from, will wear the Hyperdunk+ at this summer’s Olympic Games in London for Team USA. Should he so desire, The King could track his energy through every second of every game, in real-time or as a post-game summary, perhaps proving once and for all how much effort the newly crowned Champ puts in during each quarter.

And while assessing your vertical in real-time should add plenty of fire to friendly games of HORSE or 1-on-1, “Showcase Mode” also allows users to upload their best moves, dunks and shots directly to Facebook, Twitter and YouTube, where friends and fans can watch, vote and judge your game. Still confused? Check out sample Showcase videos uploaded by LeBron and fellow Nike ballers Paul George and Nick Young.

Back in L.A., after getting an in-house tutorial on how the Hyperdunk+ works, it was time to see a practical application. We walked across the street to L.A. Live, where Nike+ hosted a Dunk Contest, with judges (including Keri Hilson and Schoolboy Q) on hand. At first, the contest seemed innocent enough—a cool way of watching the power of technology in action on the feet of some incredible leapers.

Then, ish got real.

A tall, skinny dunker named Justin “Jus Fly” Darlington waltzed onto the halfcourt stage, exchanged a friendly dap with host Kenny “The Jet” Smith, and proceeded to pull off what I can only describe as the most amazing dunk I’ve ever seen live in-person. You can see it in the video above, and in more detailed pictures here. The crowd went bananas. Even Hilson—who was a painfully tough grader—hoisted a ’10’ above her head.

After snapping off as many pictures as possible, we were herded back to the caravan of Cadillacs to head to the next location. We arrived at The Montalban Theatre, a Nike-hosted space in Hollywood, where SNL comedian Seth Meyers greeted our gang—now clad in Nike training gear from head to toe—and cracked a few jokes at our expense before dividing us up to (finally) test out the technology.

Athletic abilities aside, the Hyperdunk+ kicks are comfortable, clean and supportive. And you’d never know there was a computer chip smarter than your brain wedged in its sole. (Well, except for, in this case, having to look at your results on a big-screen TV for all the world to see afterwards.) Thankfully, the rim on the rooftop basketball court was lowered to about 8-feet high, allowing for the vertically challenged crew of bloggers, influencers and others to bury a rim-rocking jam or two in Showcase mode.

As LeBron describes in one YouTube preview of the shoes,”it’s like a video game” that kids will want to keep coming back to, and playing over and over after school. It’s true; strap on a pair of sneakers smarter than you are, and you’ll want to perform—or more likely, outperform your friends and family. Parents, hide ya kids, because they’ll be begging for a pair this summer. The Hyperdunk+ is on sale June 29, and will be one of the primary shoe choices for LeBron and select teammates at the Olympics.

Check out a gallery of photos from the entire event on Friday in L.A. above, and as always follow @nikebasketball for all the latest info on the Nike+ Basketball line. A very special thank you to the entire Nike and @NikeLA team for having me out last week. #GameOnWorld! 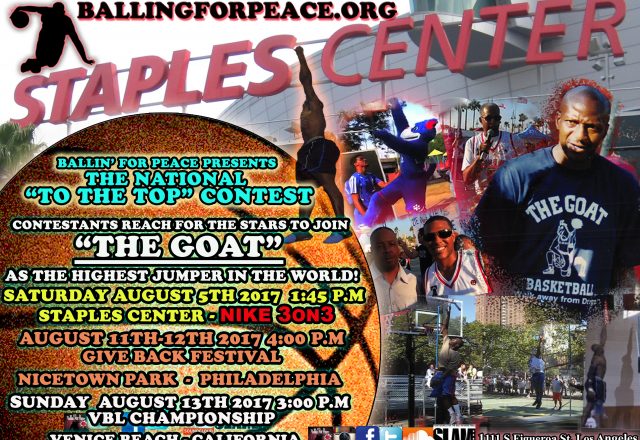