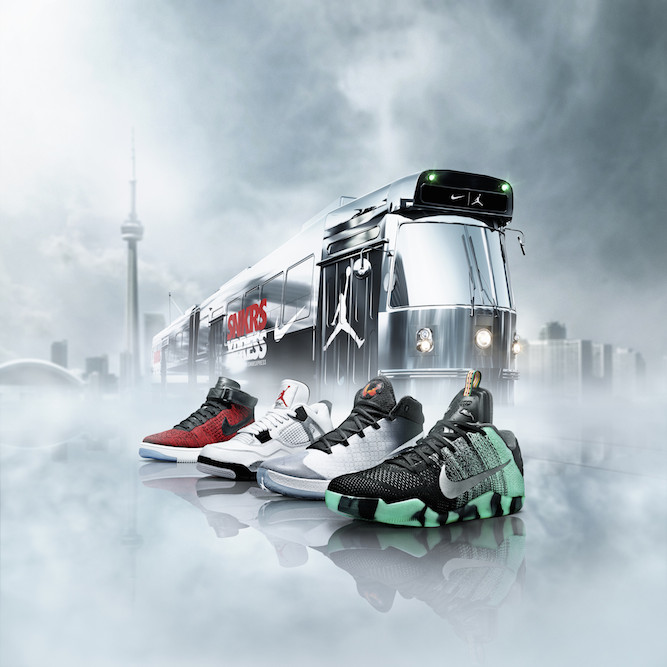 All-Star Weekend is mere days away, and if you’re in Toronto (we will be!) you’ll want to stop by and check out what Nike and Jordan Brand have going on, because it’s going to be epic.

Not in T-Dot? Not to worry. There are SNKRS XPRESS locations in Chicago, LA and NYC, too. Appointments and sign-up are available through Nike.com/snkrsxpress.

Then there’s Canada’s first Jordan-only retail location, 306 Yonge—located at, yes, 306 Yonge Street—of which you see a couple photos above. 306 Yonge will feature premium Jordan footwear and apparel, including product influenced by Toronto and basketball culture. Here’s more details on that space:

The store will also feature the Jordan Standard, an immersive experience available exclusively to Jordan members, in which participants use body tracking and ball control technology to test speed, control, agility, endurance and focus.

Located below 306 Yonge, 306 Underground serves up the ultimate VIP Jordan service experience. The lounge will offer customization, early product reservation, barber services and personal shopping. Nike+ members can sign up at Nike.com/snkrsxpress to reserve their spot.

For more details about all this and much, much more straight from Nike and Jordan Brand, click here.