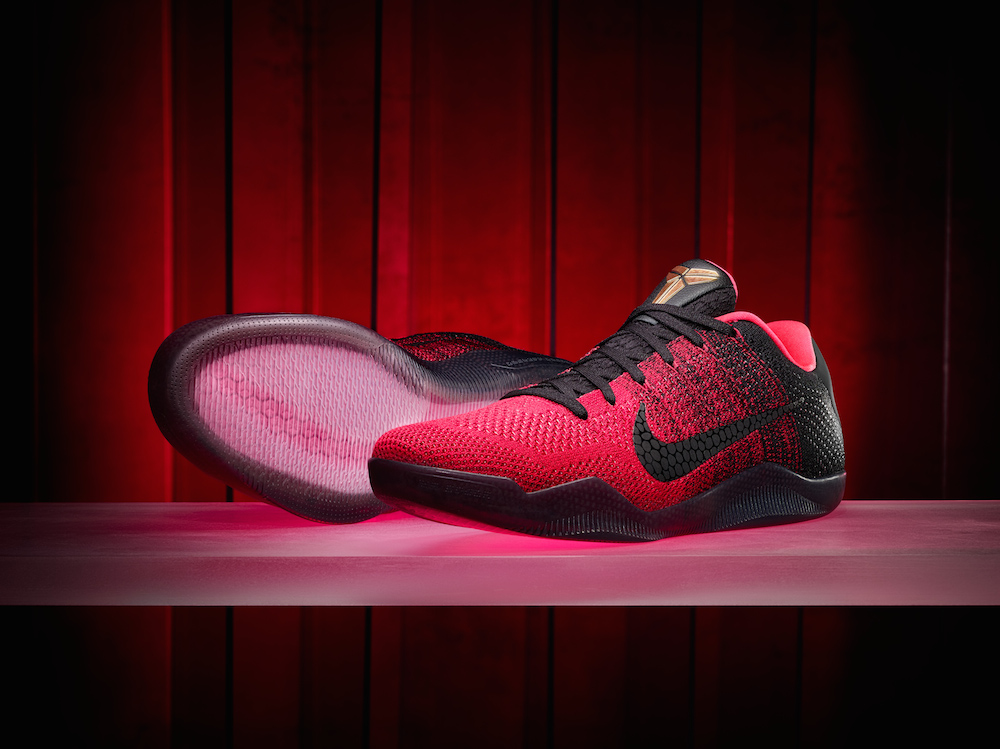 Kobe Bryant’s final on-court sneaker has arrived. The Nike Kobe 11 has a familiar, simple low-top silhouette, but it’s got the strongest iteration of Nike Flyknit yet on a basketball shoe, and it’s a pinnacle performance, responsive sneaker with a sophisticated look, designed by legendary Nike Innovation Director Eric Avar, who has been with Kobe from the beginning of his Swoosh line.

“Throughout my time with Nike, I’ve obsessed the details of my shoes. For the KOBE 11, we worked to perfect Flyknit for basketball,” Kobe said via Nike press release.

According to the brand, the Kobe 11’s Flyknit upper “attaches directly to the shoe’s outsole shell, which features a pioneering tread and traction pattern” and the sneaker also features a “drop-in midsole that includes the responsive benefits of Nike Zoom Air in the heel with the comfort of Nike Lunarlon in the forefoot.”

The launch colorway you see above is the “Achilles Heel,” an ode to both the Greek god Achilles and Kobe’s own career trajectory.

The launch colorway of the KOBE 11, Achilles Heel, is no different. The deep red and black shoe features subtle nods to the Greek god Achilles, and Bryant’s own career arch.

Follow @nikebasketball on Periscope today (Monday, Dec 14) beginning at approximately 2:00 PM PST as Bryant reveals the story behind the Kobe 11.