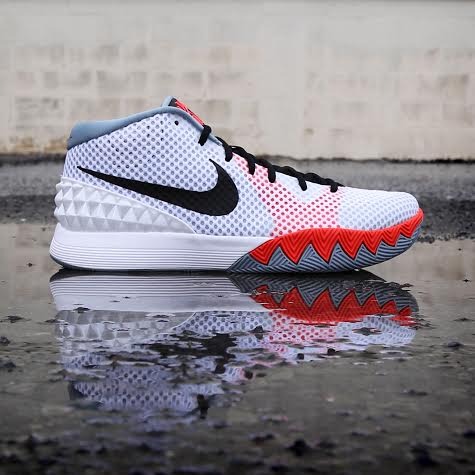 Another day, another colorway of the Nike Kyrie 1. This one is centered around spring, offering a warm weather vibe with a white base and combination of grey, black and infrared found in the accents. Kyrie dropped 30 points in the first game of his playoff series against the Celtics, and it looks like Cleveland is poised to make a major playoff run, so expect to see Kyrie lacing up these as the playoffs go on.

This Nike Kyrie 1 retails for $110 and will be available at retailers like VILLA beginning April 23.