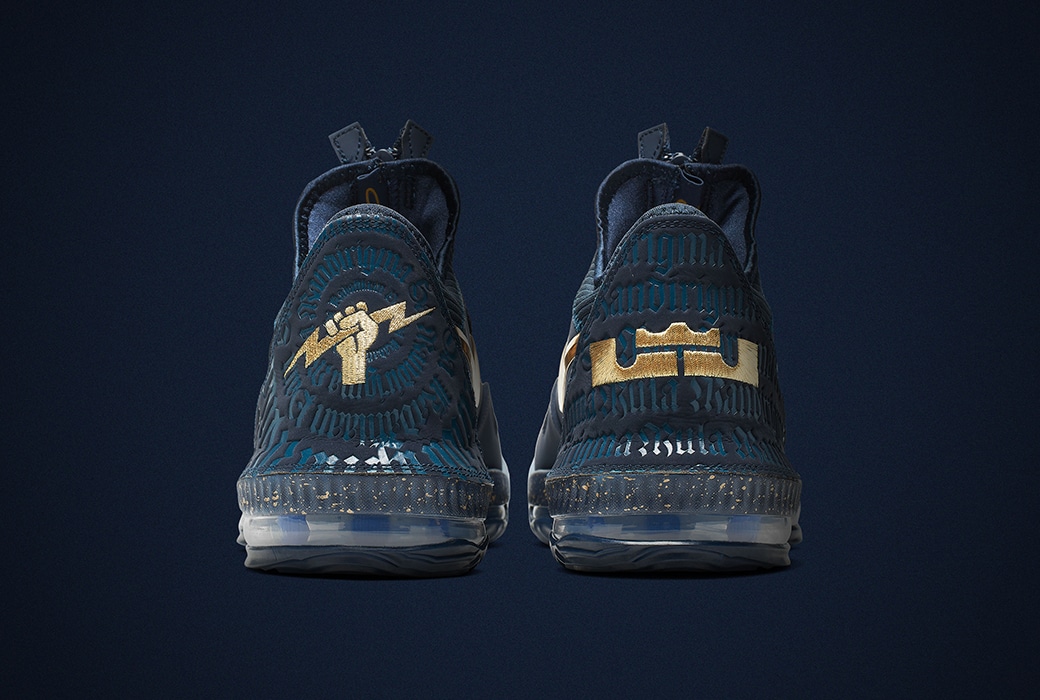 There’s an old belief in the Philippines that the strongest fighters have a duty to not only go to war, but to lead. They have an obligation to their people to guide both through combat and through action. The tradition passed down from generation to generation is that the most tenacious champions will protect their people and help them prosper.

The legends continues, saying that these warriors are chosen by the gods to inspire the next generation. The ability to empower, according to the OGs in the Philippines, is the ultimate sign of a king.

It’s that folklore that has inspired the newest LeBron 16 Low colorway. Made in collaboration with TITAN, a Philippines-based shop that sells basketball gear, the “Agimat” 16 Lows bring that age-old story to life.

Agimat translates from Filipino to English as amulet, which is small jewelry used to ward off evil.

The “Agimat” joints come luxuriously decked out, featuring several high-quality details. The golden Swooshes on the sneaker are textured, contrasted against a navy finishing. Two other shades of blue can be seen on the midfoot stitching and the heel. The ancient story says that when the gods chose their champions, they gave them the gift to hold the power of lighting. So a lightning bolt appears on the left heel while LeBron’s logo can be seen on the right heel.

LeBron became the unparalleled best player of his generation. An unquestionable force, a winner, a beast capable of doing anything on the court. The ultimate warrior.

He’s stood up to bullies and he’s been a father to the fatherless. He’s spent nearly 20 years under the spotlight and yet he remains unapologetically true to himself, even after they’ve tried to tear him down. He opened a school for kids and he delivered a championship to a city that had long-stopped believing. The crown is home.