Nike and the NBA Introduce Jerseys for 2017-18 Season 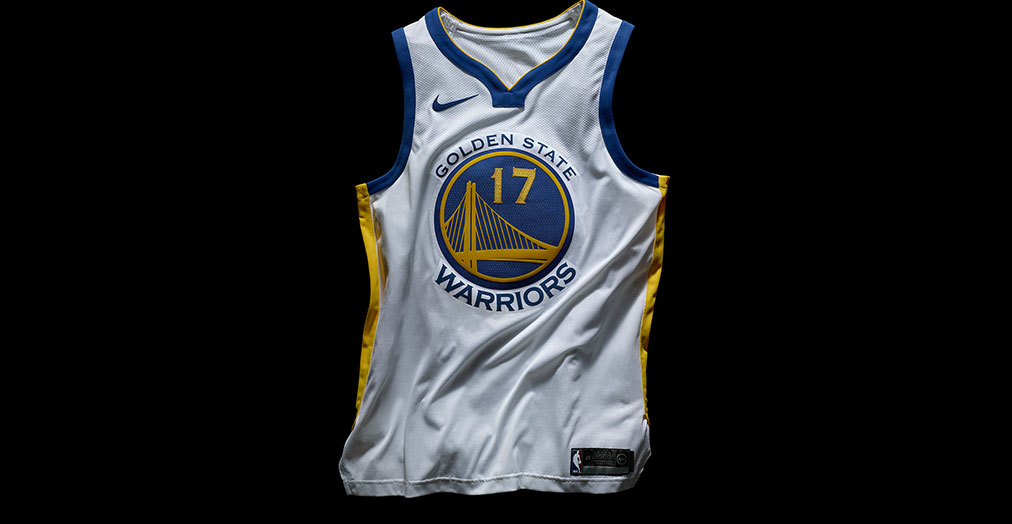 Nike’s eight-year partnership with the NBA is all set to get underway as the Swoosh just officially unveiled their new uniforms for the 2017-18 season.

The lightweight threads are the result of a combination of player’s feedback and years of research throughout the collegiate and professional levels and a design team willing to shake up the League’s time-honored uniform makeup.

Nike began by updating their Aeroswift basketball chassis—the frame of the uniform—to move and react more fluidly with the players.

According to the Swoosh, most players usually make movements in bursts of 1.6 seconds that add up to an average of four miles traveled per game. With that in mind, Nike set out to create a uniform that was responsive, aiding players, rather than prohibiting them.

“The mental advantage of a quality uniform is priceless,” said Kyrie Irving, via press release. “The fact that Nike listened to all of our feedback while developing the new NBA uniforms speaks volumes, I’m excited for the new fit and feel.”

Nike used 3D-body maps of players to produce the new uniforms, as well as insight from players like Irving and Draymond Green, to update the fit, weight and construction of the in-game gear. They altered the back shoulder of the uniform to allow for more range of motion and switched up the hemlines on the bottom of the shorts and the jerseys. They also moved the armhole, neck and side seams for even more flow.

“When you look and feel good, you play good,” said Draymond Green, via press release. “I welcome any competitive advantage on the court and the new Nike NBA uniforms deliver on the feedback that we’ve provided.”

Nike packed the jerseys with all the technology they could, but they didn’t forget to make them look nice. The Swoosh’s new threads will usher the League into a era that eliminates the traditional “home” and “road” jerseys. For the first time in NBA history, home teams will be able to pick from any of their uniforms and the road team will choose accordingly. In short, those home squads don’t necessarily have to wear white at home anymore.

Each team now has four primary uniforms, which were inspired by each individual team’s heritage. The first two, the “Association” and the “Icon,” are being introduced right now and will be available for teams to start rocking as soon as the season starts.

Two more colors will be unveiled during the season, including the “Classic,” a colorway that plays on the team’s pasts.

A full line of Nike NBA performance and lifestyle apparel will also be dropping soon. On-court apparel, such as tights and socks, will be releasing, as the Swoosh will be taking over more than just the uniforms. Keep it locked for more.