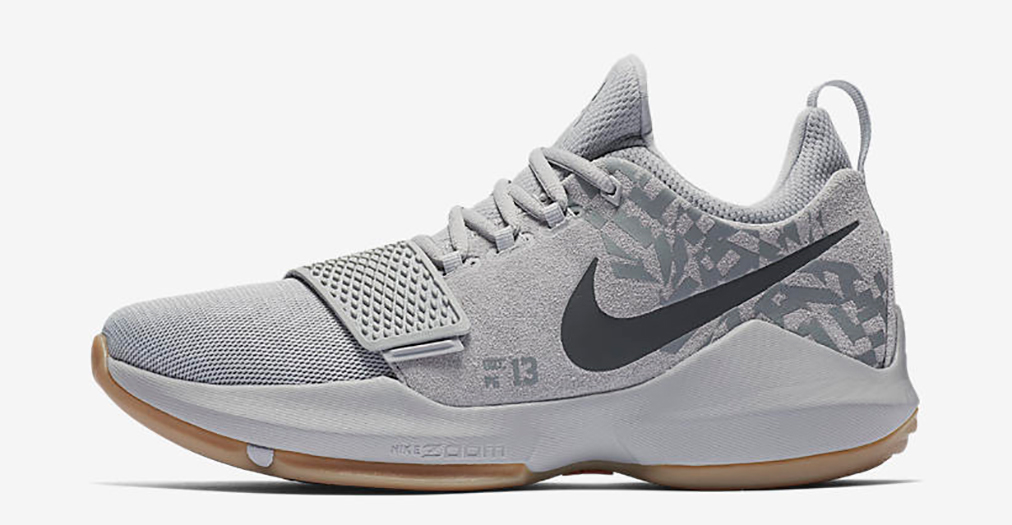 The “Superstition” Nike PG1 is inspired by Paul George’s decision to switch his jersey number to 13, a notoriously unlucky number.

He first wore the new number, in April 2015, in his first game back after breaking his leg in August 2014. Despite the number’s negative connotation, George has completely returned to full strength and is ready to help the Thunder fight for a top seed in the ultra-competitive Western Conference.

The “Superstition” Nike PG1 has a suede upper that features graphics. Its mostly grey hue is complemented by a gum outsole.