Kobe Bryant’s impact on the game of basketball is far-reaching. And his impact on sneaker culture has been equally significant. With 11 signature shoes from Nike and two more that he helped debut—the Nike Huarache 2K4 and the original Nike Hyperdunk from 2008—Kobe has taken his Black Mamba mentality all the way down to his kicks, with some help along the way from legendary designer Eric Avar.

Kobe and Avar have experimented with Flywire and Flyknit, and changed the game entirely by introducing low-top bball shoes. To celebrate Kobe’s final season, Nike has created the “Black Mamba” Pack, a collection that slowly fades from white to black with each shoe release. It all leads up to Kobe’s final game on April 13. 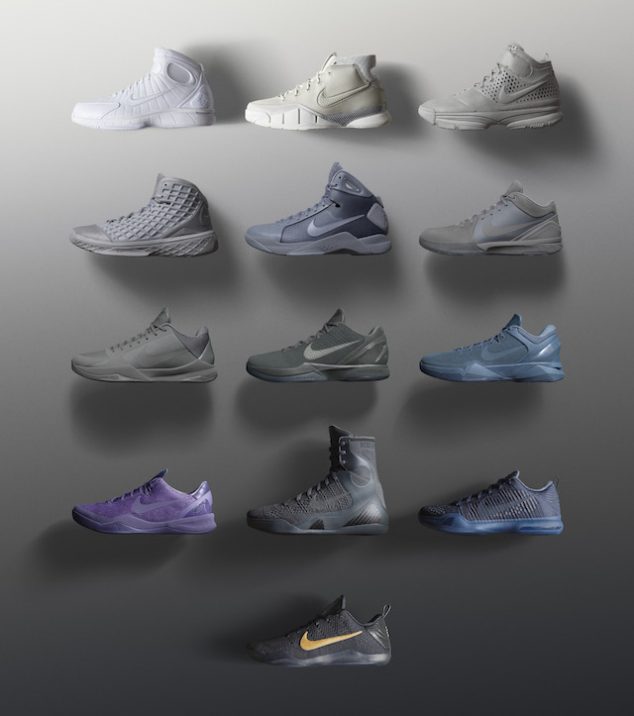 The first shoe to drop will be the Huarache 2K4, Kobe’s first Nike shoe, in all-white (below) which releases on March 22. Each of the 13 shoes will release in order thereafter at select retail spots and via Nike’s SNKRS app. On April 13, Kobe will wear his final sneaker on the court ever, the Kobe XI in black and gold. 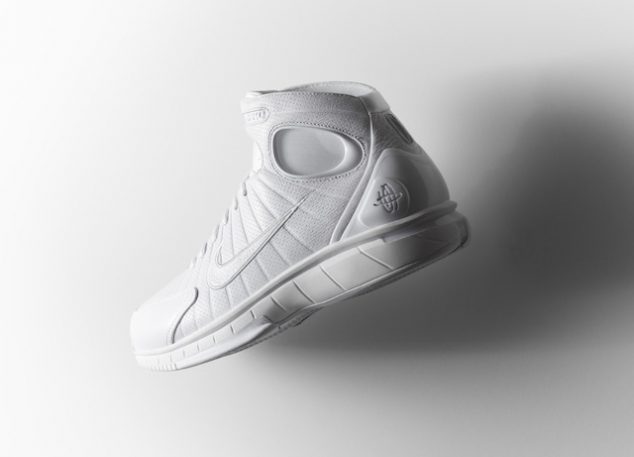 UPDATE: Here are the specific release dates for each sneaker: