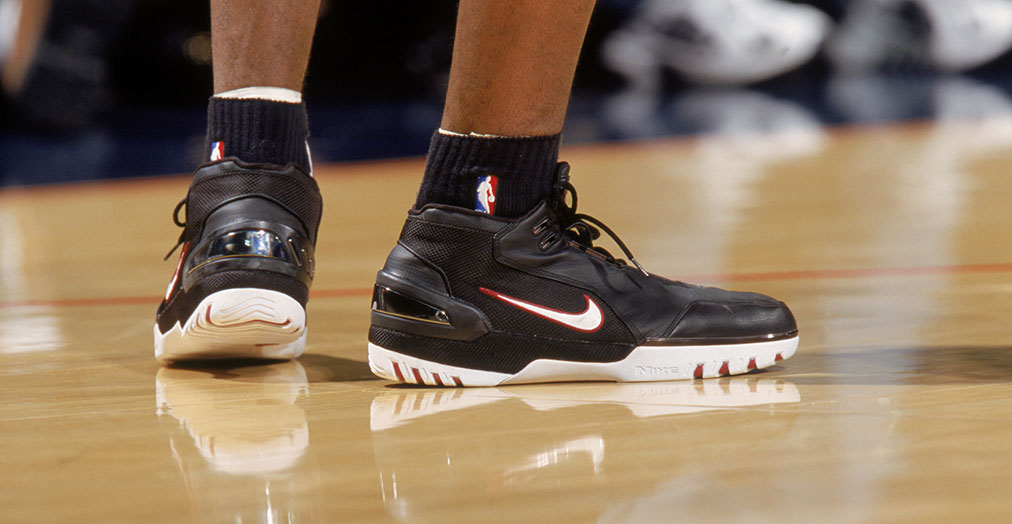 Nike is gearing up to release a black colorway of the Air Zoom Generation in October, according to a report from Sole Collector that cites a retailer as a source.

The Swoosh kicked off LeBron James’ retro line in January, when they released the “First Game” ‘way with little notice. A very giddy ‘Bron announced the silhouette’s return in a video published to the Uninterrupted Twitter account. It was one of four sneakers that LeBron had release during the 2016-17 season, along with the LeBron 14, Zoom Soldier 11 and the LeBron 14 Low.

Images of the upcoming black AZG haven’t been leaked yet but the young King did play in a black-based pair during his rookie season.

The AZG was built to embody James’ soldier-like mentality. Its mid-cut and its mix of leather and mesh was created to help LeBron physically punish anyone who stood in front of him. He averaged 20 points, 5 rebounds and 5 assists as a rookie, joining only Oscar Robertson (and later Tyreke Evans) as the only first-year players to do so.

.@KingJames is bringing the 🔥 with a special announcement. pic.twitter.com/bTwEF41fPG

Scroll through the gallery above to see that black pair in action and keep it locked for more info on the release as it becomes available.