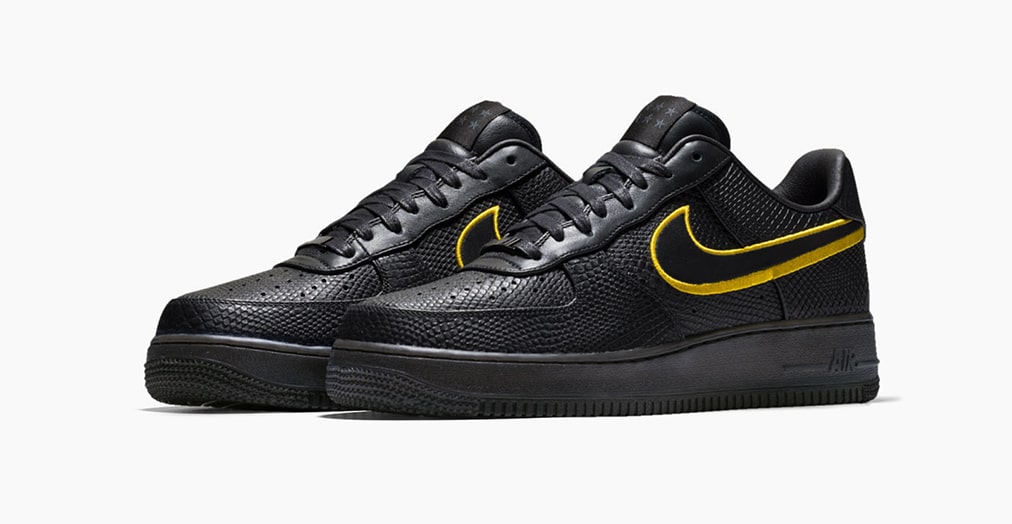 Nike will be dropping a limited edition “Kobe Bryant Black Mamba” Air Force 1 colorway as soon as tonight’s game between the Lakers and Warriors tips off at 7:30 PT. The Lakers are retiring both of Kobe‘s numbers.

The sneaker has a snakeskin-like upper, a drop shadow Swoosh, embroidered heel tabs and eight stars on the tongue.

In addition to the sneakers, Nike’s also releasing special t-shirts at 8:24 PT. Scroll through the gallery above to see the gear up close.