The past few months have been dominated by Off-White and Virgil Abloh’s collab with Nike. The project produced reimagined versions of the Swoosh’s most iconic silhouettes, both new and old, including the Air Jordan I and the 2017 Hyperdunk. Abloh’s sneakers have been seen on the NBA hardwood and in the street alike and have gained a massive amount of buzz since the summer.

Nike’s finally releasing “The Ten” in its entirety today, beginning at 1 pm EST and running until 3 pm EST. 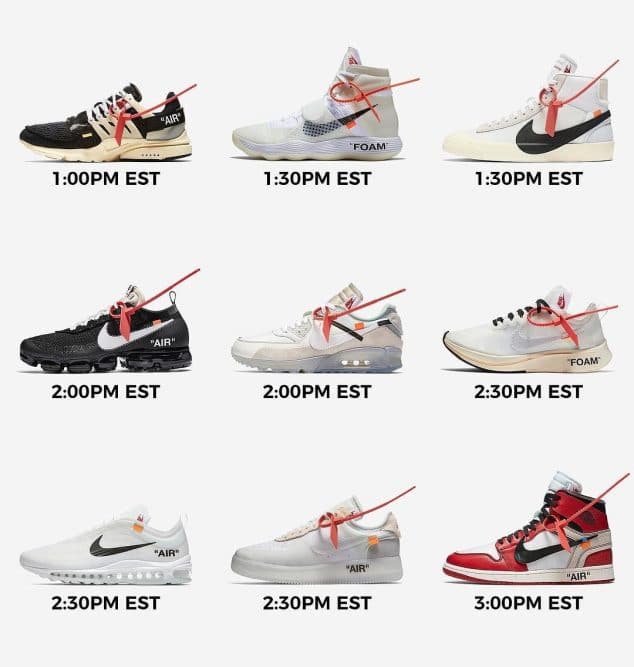 The silhouettes, including the Chuck Taylor version, will be dropping on the SNKRS app. Stay up to date with the releases with the app or with Nike’s launch calendar. Good luck.