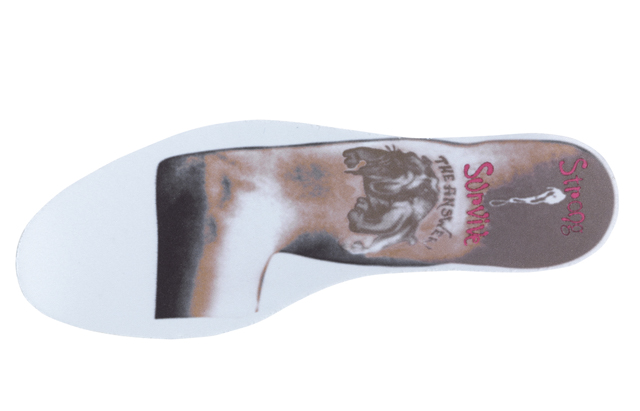 Nearly 12 years after Allen Iverson first debuted the white/red Answer IVs—and nearly 12 years since he wore them while dropping a cool 51 on Vince Carter and Toronto Raptors—Reebok Classics is relaunching one of Iverson’s personal favorite colorways.

“I was just in love with the zipper part of it when we started discussing how we were gonna do the shoe,” Iverson told SLAM recently. “I remember there was a fan, he was a season ticket holder, and every single game he would say something to me about this shoe that season. ‘OK, AI, you got on the red and whites tonight! OK, AI, the all-whites! OK, AI, the blue and whites!’ Every game (laughs). I’m talking about every game.”

The white/red IVs, which will go on sale for a suggested price of $125, will be available Friday, November 30, at major retailers, including Champs, Foot Locker, Finish Line, Jimmy Jazz and others.

Aside from the Iverson-loved zipper and white/red and grey outer, some key features on the shoe that once made them favorites around the League include: DMX cushioning, tumbled leather, reflective 3M accents, and graphic detailing (visible in the photos above) on the insole and outsole.

“I just remember having my sneakers, and after every game somebody from the other team would ask me for ’em—for his son, his cousin, his niece,” said Iverson. “So after a while, I basically knew that after every game the shoes was gone. Then I got to the point where I started to throw them in the crowd after the game, or after I knew the game was going to be over.  I mean, man, people would go crazy over these.”

More than a decade later, they’re still going crazy, as the white/red drop comes on the heels of three other successful Iverson re-releases over the past six months.

(As for the aforementioned mid-season battle with Vince Carter, Iverson didn’t discuss that particular game with SLAM. He did, however, recall the famous Game 7 in ’01, when he had 21 points and 16 assists and VC had 20 and 9 but missed a potential game-winner after attending his college graduation earlier in the day. “Like a graduation make you miss a shot,” laughed Iverson, noting that Carter shouldn’t take heat for that.)

For his career, Iverson, who has most recently traveled back and forth to Asia while playing in celebrity exhibition tournaments, boasts career NBA averages of 26.7 ppg, 6.2 apg and 2.2 spg.